In general, people, or Muslims, are not concerned with READing the Rasul of Allah (saw). They see him as one of the chosen postmen delivering information and commands from Sirius, the star on which God resides, via the courier Gabriel (!). Commands to which they unquestionably comply in order to save themselves from the suffering of hell in the future and secure their parcel in paradise!

Imagine that… An imaginary god reigning down orders, a courier-like messenger passing those orders onto the people, and the people being forced into complying, lest they get beaten, punished and executed by those who are trying to be more royalist than the assumed king… People being judged, killed or even forced into marriage in the name of this king-god… 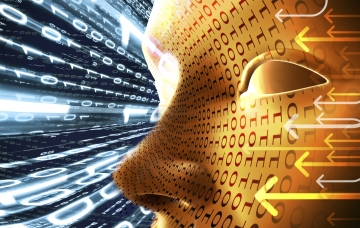 There is no such prophet of god on earth in whom the great majorities delusively believe!

On the one hand, alternating between fear and hope, they try to obey these commands, yet on the other, they persistently try to find loopholes and ways to allow the pursuit of worldly pleasures. Such people do not question, research or contemplate. It never crosses their mind to ask why and how things are the way they are! They simply accept and believe they’ll go to heaven if they obey or to hell if they don’t!

What kind of hell? What kind of paradise? Obviously, they don’t think about such things… The “prophet” said so, that’s all that matters!

If I bow and prostrate five times a day (reciting words of whose meaning I have no idea), stay hungry for a month and obey the prophet, then obviously the creator will admit me to His paradise in return!

Plus, I spend so much money to build and adorn schools and mosques in His name, surely He’ll give me a pretty palace to live in paradise!

Who cares if people don’t know what the reality of religion is, if they can’t find answers to their questions, if religious concepts seem outdated and invalid in modern times, and if it has become impossible to acquire knowledge without money! What’s it to me if thousands are dying from hunger? What’s it to me about the millions in hardship? I’m building schools for 50-100 children and spending so much money! Surely He’ll put me into His paradise and give me seventy mates, seventy servants and seventy palaces! And so on… Such is religious understanding based on illusion and delusion…

The apostles of Muhammad (saw) called out to him as either “O Nabi of Allah” or “O Rasul of Allah”, nobody called him “O Prophet”! The word prophet isn’t used in the Quran.

Without understanding the difference between the meanings of Nabi and Rasul… Without discerning the reality of the One denoted by the name Allah… Without knowing what the Wali quality of Allah references… Without knowing the word ‘sky’ or ‘heavens’ in the Quran is a reference to the various dimensions of existence, or that the word ‘revelation’ does not mean something that descends to earth from space, but is a reality that is disclosed from one’s essence to one’s consciousness, and ‘disclosure’ is an ascension from one’s consciousness to one’s essential reality… Without experiencing all of this, how can we call the Rasul of Allah a ‘prophet,’ reducing him to the position of a postman?

I beg you to come to your senses!

I plead that you start thinking!

How is it possible to reduce Allah, the One who created the universe full of billions of galaxies from a single point from among infinite points, to a god who sits on a star in space with deliverymen/prophets on earth?

I urge you to re-READ the Book and the Rasul of Allah again, putting aside all of your pre-conditionings and judgments!

I urge you to recognize the consciousness disclosed as the “vicegerent” in Mecca, his system of thought and universal message! 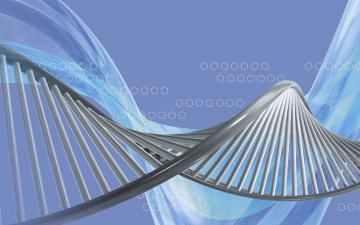 Try to understand the conditions he was subject to and how he could have evaluated the reality and his own essence, a man with the genes of the non-deity belief system who destroyed the concept of deifying external celestial forces, a man who was designed to manifest vicegerency on earth!

An unmatched disclosure of consciousness!

He came as the RASUL to aid people to recognize the One referenced as Allah in their essence and to live accordingly.

He came as the NABI recommending and displaying the lifestyle to free one from eternal suffering and enable the experience of infinite bliss.

May Allah allow us to duly discern this truth!