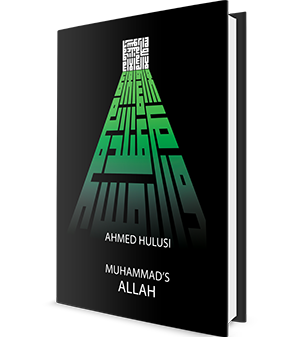 Everyone, from the most learned to the most ignorant, has a concept of God. A God that we love, get angry with, judge and even accuse, at times, for doing wrong by us!

We imagine this God, who sits on a star in the heavens or dwells somewhere in space, to be like a benevolent paternal figure or a majestic sultan!

The reality is Allah is not a god (deity) and this god-concept we have all come to embrace, as a result of misleading information and conditioning, is not the Allah expounded by Muhammad (saw).

So what is Muhammad’s Allah..?

"Hulusi explicates one of the most difficult concepts in mystical Islam--the notion that "Allah," commonly misunderstood in the West and even in parts of the Muslim world... Readers interested in learning about the Sufi spiritual philosophy hinted at in Rumi's poetry might profit from this deeply considered study." - Kirkus Reviews