Questions have no end! There is so much to learn yet such limited time! So much has been disclosed as symbols and metaphors in accordance with the societal conditions 1,400 years ago…

According to one authentic hadith, when a person is buried in their grave, the two angels ‘Munkar’ and ‘Nakir’ come to them and ask: “Who is your Rabb? Who is your Nabi? What is your Book?”

You may wonder who these angels are, from where and how they come to the person, whether the form in which they appear is really their original form or whether they assume different forms to different people, and if every person without exception encounters them…

As I explained in my previous writings, the angel concept denotes a phenomenon without physical dimensions or any parameters pertaining to matter; angels do not have height, weight or shape. Hence, their arrival in the grave can obviously not be a locational one! If anything, we can call it a dimension or a state of existence.

Since existence is based on the holographic principle, it is more befitting to think of angels as projections of various potentials or forces within the human make-up, rather than as external beings. As such, we may perceive angels (our intrinsic qualities), who are said to comprise of the light of knowledge (nur) as the forms that become apparent in one’s consciousness as a creation of the brain, based on the database and spiritual state of the person. Since all data are uploaded to the spirit and the person begins to live with the spirit body after death, one’s database in this world is equally valid and important in the next.

This means, the faculty of inquisition resides internally within each person and will become activated in one’s consciousness, once the person is in their grave, to question them in their new state of existence.

This inquisition will be in regards to the three notions mentioned above.

Why is this so?

‘Godhead’ implies an external God, whereas ‘Rububiyyah’ pertains to an inner dimension within the essence of existence. 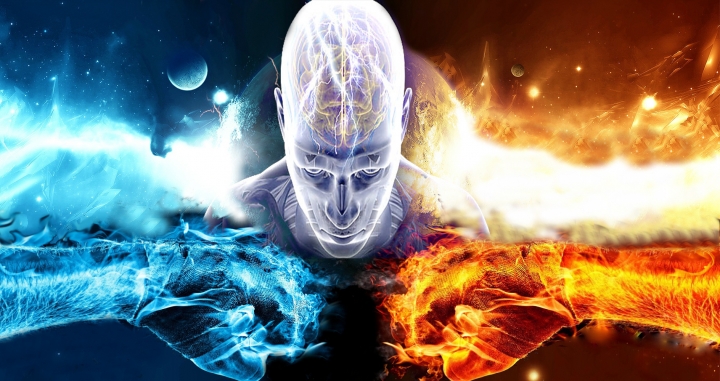 The answer to this question, based on the conditions of that environment and the state, and experience of the person, should automatically be, ‘my Rabb is Allah.’ In fact, this answer should be founded on the secret of the letter ‘B’.

I repeat, the answers will be the automatic result of one’s entire lifetime and lifestyle, not the mere utterances of some words, which even a parrot can do!

Almost anyone who experiences death will go through an initial shock, for suddenly, one will have encountered a state of existence they had never anticipated or thought about in the world. At this stage, every single person will automatically question their past; they will inquire into the rights and the wrongs they did.

Indeed, everyone who enters their grave and comes face to face with the reality of this new state of existence, will necessarily question their life and belief in the world, and evaluate how adequately they have or haven’t prepared for life after death and where they did right and where they went wrong… This is the stage where the angels Munkar and Nakir become manifest in them.

Every person, upon entering this new state of life, will automatically and compulsorily question and check themself to see how prepared they are for the conditions of this new place.

There are two possible lifestyles of worldly life.

One either shapes and lives their life based on the true understanding of the One denoted by the name ‘Allah,’ or fails to recognize this reality and pursues a life in contradiction with the system, in assumption of an external object or a deity-God who is ‘beyond’!

Let us know for certain…

If we attempt to decipher the truth of something via the meanings of the names and attributes that are used to denote it, our chances of reaching the actual truth of it is quite low, as this is a very complicated procedure! Words are inadequate in expressing the experience, and as such, reaching the truth via words is almost impossible.

Like when we see a powerful dream and try to explain it to someone but no matter what we say our words always seem to fall short of thoroughly expressing the feeling of the dream.

Similarly, Rasuls and Nabis perceive and experience many things in their consciousness, sometimes even supported with visions, but unfortunately when they have to put their experience into words the expressions are always far from adequate. This is why, when reading such material, one should think about, and try to understand, the experience denoted by these words, rather than the words themselves. To think about, and to try to perceive, the “experience” is a much shorter and clearer path to observe.

Indeed, words are very limited and weak in expressing one’s feelings and experiences.

If one has lived life in compliance with the reality of Allah, will they have also evaluated the knowledge imparted by the perfection of the Nabis and directed their life according to these?

Why is the question “who is your Nabi?” and not “who is your Rasul?” when ‘faith in the Rasul’ is mentioned both in the ‘Word of Testimony’ and in many verses throughout the Quran?

There are two answers to this:

For example, all practices comprising ‘prayer’ pertain to one’s afterlife and have all been determined through the perfection of Nubuwwah.

Through these practices the individual is able to produce a certain level of energy and force with which they can resist the unfavorable circumstances awaiting after death.

On the contrary, if the person has not used the knowledge disclosed by the perfection of Nubuwwah and has not engaged in the necessary prayers, they will be deprived of the light (nur), energy and force that is generated by prayer, and hence subject to severe suffering in the grave! By ‘suffering in the grave’ what is obviously meant is the natural consequence of inadequately preparing for life after death by failing to acquire the necessary forces required in the grave and life after. In short, not strengthening the spirit body in order to survive in the next realm.