What did Muhammad (saw), the most magnificent brain to have ever manifested on earth and the most sublime spirit to have embarked on the journey of eternity, grant us?

How much of the truths he shared in consideration of the understanding of the age in which he lived, are properly understood and duly evaluated by modern man?

How much of the Quran, which comprises offers and advice that are valid and applicable until the doomsday of humanity, and knowledge that can provide eternal bliss, is duly evaluated by mankind?

As I feel some of my explanations are misinterpreted I want to recap my understanding of Islam:

The teachings of Islam and Muhammad (saw) are understood in either two ways. The general conception is that of a deity-god in space or somewhere far beyond, whom the Muslims call ‘Allah’. This god has created two places in an unknown place called heaven and hell. First, in heaven, he made the shape of a human from soil and then blew his spirit into it, thus creating the first man. Then he sent him down to earth. In time as the population of humans increased he started choosing and delegating prophets on earth as couriers and sent books to them with his angel Gabriel. These prophets then, based on the books and revelations given to them via the angel, started warning mankind, telling them, “There is a god in space called Allah, he’s going to resurrect you after you die, and call you to account…” etc. Those who take heed of these warnings and do not commit the sins against which they’ve been warned will go to paradise, while those who don’t, will go to hell. 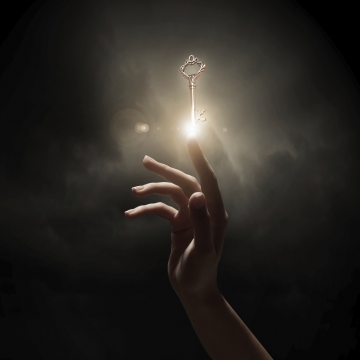 The great majority of those who claim to believe in God and Muhammad (saw) conceive Islam like this, at least in the general sense, some details may be different in different communities. Such people usually do not question or research anything regarding religion, they merely accept what they’re told literally. They believe what they’re asked to believe and apply what they’re told to apply without further thought.

On the other hand, the understanding of Hadhrat Ali (ra), Abu Bakr (ra) and other enlightened beings with an in-depth acquisition of Islam, who have deciphered the metaphors contained in the Quran, have a totally different take on things. According to them, Islam is based on the reality named Allah, a reality far and beyond all human conceptions, defined only as HU (this points to Alemi Lahut).

That point is referenced as HU, a conscious seed comprised of the qualities manifest in His knowledge, also known as the Reality of Muhammad.

Everything that is perceived or not perceived, known or unknown, are the ‘forms of knowledge’ referenced by the qualities of the names in that single point.

The manifestation of this point at the level of knowledge has formed the ‘Angelic Realm’, which is the ocean of pure energy comprising the infinite universes, yet multiplicity or individuality is not yet manifest at this level.

This is the point to which Hadhrat Ali (ra) refers with his words, “This instance is that instance” – this is valid pre-eternally and post-eternally without being subject to change.

The concepts of relativity and multiplicity are formed as a result of the different compositions of the names of Allah within that point.

To understand this, one must view things not in top view but from the point of singularity manifesting in stages to form what seems to be multiplicity.

All units of existence have come about from the same ONE (Malakut).

Malakut doesn’t come from outside the unit, it is the layer that comprises the unit’s existence from within its own essence (consciousness)! The letter B in the Quran points to this layer!

Malakut is the primary conscious energy of which the infinite universes are composed. It is the manifestation of the divine attribute of power!

Since every form within the universe is composed of this conscious energy, nothing is inanimate or unconscious in existence! It is only due to the limits of perception that some things are conceived as unconscious or inanimate.

The conscious universe and everything in it have all been formed according to a system called sunnatullah, a universal order, and they will continue their existence based on this system ad infinitum.

As for the disclosure of Rasuls and Nabis…

Far from being God’s deliverymen, such enlightened beings are the translators and articulators of the reality that is ‘revealed’ (inzal) to their consciousness from within their own essence, or the knowledge derived from the names comprising their being.

‘Disclosure’ (irsal) is to expose something, to make it known, to cause to appear. ‘Rasul’ is the source of disclosed knowledge. ‘Sama’ (heaven) does not only refer to the layers of the sky but also to the layers of consciousness (self). Thus revelation does not refer to something being sent down from the skies, it is non-local. No book has been sent from the skies. The word ‘book’ used in the Quran refers to knowledge!

Similarly, many words in the Quran have been mistranslated causing religion to be misconceived as something primitive, pushing many intelligent people away.

The time has come to re-question and re-examine these misconceptions!

The angel of revelation does not descend to the Rasul and Nabi from a place in space. They are the very activation of the potential knowledge within their essence. The perception mechanism of the brain perceives this activation as an external event.

As such, the Rasul and Nabi experienced the creator of the infinite universes within their own essence through revelation (the manifestation of the knowledge in their essential reality to their consciousness). As a result, they READ the Sunnatullah (iqra) and relayed this information to others!

Based on the information they passed on, man is created for eternity, and will not become inexistent with death. He will continue his existence forever, always in forward motion, without returning to previous stages. Death is the name given to the transition one makes from living with a biological body to living with the spirit body.

The marked significance of the most magnificent brain on earth and the most excellent spirit of eternity over all other brains is this:

He understood the One named Allah and the system of Sunnatullah most comprehensively and most perfectly and presented it to us with the Quran.

None has been able to make similar explanations thus far! The Quran he disclosed comprises the absolute truth!

Based on these truths, mankind is going to exist in another dimension after life on earth, where each person is going to see and live the consequences of his actions on earth, either in suffering or in bliss.

In terms of how the sunnatullah concerns people on an individual level, each person will definitely live the consequences of his actions, either in this world, or in the next.

The system and order of Allah called Sunnatullah is renewed at every instance with the qualities of the names of Allah comprising it, and thus creation is infinitely recreated consistently.

The biggest miracle of the One whose name is Allah according to my understanding is the brain. Mankind is still very far from duly evaluating this miraculous phenomenon. Unfortunately I’m not able to share many of my findings in regards to the brain now, as the things I wrote 20-30 years ago are only just being discovered and talked about today.

Time and space exists only based on the perception of the human brain.

In essence man is comprised only of a thought. Man is the servant of Allah who experiences the results of his database, created by Allah, at every instance!

Everyone will inevitably live the consequences of his actions. Based on this very important truth, it is imperative that everybody learns these unalterable universal laws and system, for the sake of their own future.

In short, those who don’t evaluate the magnificent brain and spirit who taught us about the One whose name is Allah, whatever his excuse may be, will suffer the consequences forever.