“The Bedouins (those who lived based on their conditioning, in ignorance as tribes and clans) said, ‘We have believed’... Say, ‘You did not believe!’ Say ‘We have submitted (become Muslims)’! For faith is not yet clarified and established in your consciousness! If you obey Allah and His Rasul, (Allah) will not detract anything from your work... Indeed, Allah is the Ghafur, the Rahim.

“The believers are those who have believed in Allah, who has created their being with His Names, and His Rasul, and did not fall into doubt thereof and fought in the way of Allah with their wealth and their very beings (lives)! They are the truthful ones (who confirm the reality with their very lives)!”[1]

“O believers... Why do you say what you do not do!

Saying things that you do not practice yourself incurs great hatred in the sight of Allah!”[2]

“Neither your relatives nor your children will ever be of benefit to you! During Doomsday they will cause division! Allah is Basir of what you do.”[3]

“Did you see those who befriended people who incurred the wrath of Allah? They are neither of you nor of them; and yet, knowing this, they swear upon a lie.”[4]

“Neither their wealth nor their children will avail them against what is to come to them from Allah! They are the people of Hell. And forever they will abide therein.

A time will come and Allah will resurrect them all, and they will swear to Allah like they swore to you, thinking they have some basis. Take heed, they are the very liars!”[5]

Let us contemplate the above verses… 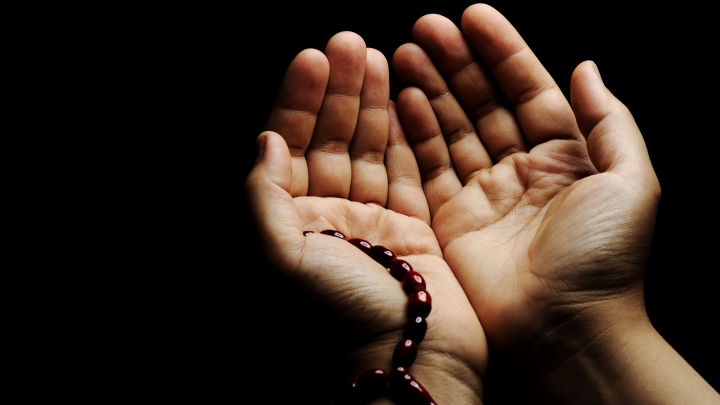 The first verse makes it evident that to simply claim “I believe” because you have knowledge of faith and apply the requisites of being a Muslim does not necessarily mean you’re a believer. In fact, such a person may be faithless altogether, for actions may well be done despite doubt or denial. That is, one may display actions contrary to one’s true feelings and beliefs in order to acquiesce with the environment, out of courtesy or simply because of vested interests. One may choose to be two-faced and hypocritical rather than expressing true feelings!

Rumi says, “Either appear as you are or be what you appear as”…

Easier said than done – the consequences of aspiring to this principle could be overwhelming.

Only a rare few who truly believe in Allah will take such risks – those who have nothing to lose! For such people live only for Allah, expecting nothing from anyone. Such people have already lost everything others will also inevitably lose in the future.

They only come together and chat with others for the sake of Allah! While those who can’t bear this choose to stay away from them, resorting to their assumed Rabbs, who will abandon them during Doomsday. This state of being abandoned by Allah, defined as the ‘wrath of Allah’, will be their suffering. This is why it’s important to not preach what you don’t practice. If you claim to be a believer, then you must live its consequence!

If you claim to be a believer, then you must put forward the necessary actions and comply with their requisites.

If you’re not applying the practices necessitated by your faith and not living with the viewpoint and conduct that befits a believer, then you’re only deluding yourself.

This delusion is not going to be of any benefit to you in the future.

Your actions reflect your intention – whether or not it is for the sake of Allah.

All relations that aren’t for the sake of Allah are bound to end and result in regret one day.

What does ‘for the sake of Allah’ mean though?

It is to be true to yourself; to live by your essential reality!

It is to live by the morals of Allah and to evaluate all things and beings based on the reality of Allah.

It is to strive to aid others towards Allah so the pleasure of Allah can become apparent on them.

A relation for the sake of Allah means to be with someone who shares this same purpose.

Being subject to divine wrath is nothing other than being blind to Allah as one’s essential reality! To assume Allah’s wrath is simply to burn in hell in the future; thus, failing to see the very wrath to which one is currently subject is a clear indication of this. Who can be in more wrath than one who is oblivious to the reality of Allah in his essence? The very failure to recognize and live by this is the greatest torment and punishment one can experience.

Thus, to recap, living for the sake of Allah is the natural necessity and result of being a believer, if we’ve been blessed with faith! As such, we must forego all forms of hypocrisy, stand by and advise the truth, and be patient with the results. We must refrain from preaching what we don’t practice ourselves and practice what we preach! We must not acquiesce with our environment at the expense of our faith! We must not deify things that give us emotional and bodily pleasures, but rather live by the principles of our faith in Allah, as the verse reminds us:

“That which is with Allah is better than entertainment and trade... Allah is the best of providers!”[6]