Since man is incapable of knowing the universe with his five senses as he is a part of the very universe he perceives, and since everything in the universe is comprised of various frequencies of waves manifesting various meanings, what exactly is man?

Because everything in the universe is derived from the same source, whether we call it the Creative Power or Pure Consciousness, this universal power and knowledge holographically exist in every iota of every unit of existence in the universe.

If we can put aside the perception of the innumerous forms that are comprised of the same essence yet of different compositions, and look from a single point of perception, one that encompasses all other points of perception, we can view the world of forms from the point of the essence and see that nothing other than the One exists – One that is ever-living, infinite, limitless and powerful, whatever we may choose to call this Oneness.

Since the scientific evaluations of today weren’t known in the previous centuries, those who were able to turn to their essence and perceive beyond the five senses in the past were able to reach these truths; however, they expressed them in their own language, using symbols and metaphors.

When they claimed, ‘The universe is comprised of a single Spirit’, ‘everything exists and subsists with this single Spirit’ and ‘man needs not to search for this Spirit outside as it exists within himself’ they were unfortunately not understood by those whose reality is based on their eyesight.

Since the universe is essentially one infinite consciousness and every unit exists with its own inherent knowledge and power, man can only arrive at the truth of the universe through his own self; his own essence and consciousness. 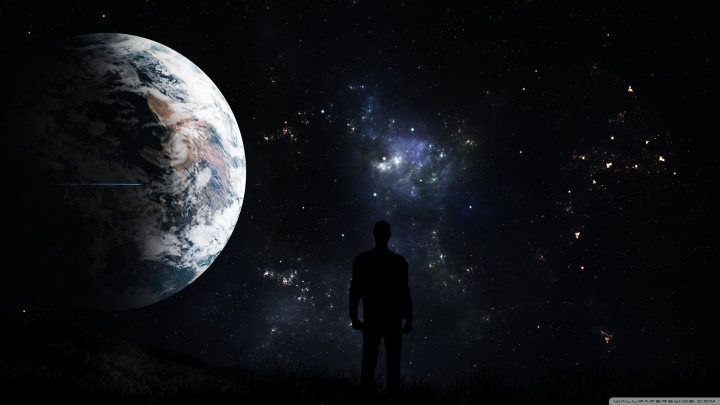 If our experience of matter is only a level of existence that depends on our five-sense perception, then every time our tool of perception changes what we call matter is also going to change. And since it’s our consciousness that determines this, it is evident that consciousness is not matter.

Consciousness isn’t matter; it is a wavelength of an unknown frequency comprised of the universal essence, which we are unable to fathom and evaluate at this point.

Thus, everything we’ve come to define as matter through the filter of our five senses is nothing other than a radial structure composed of various frequencies. In the days of old, they referred to this universal consciousness, which is holographically present in every iota of existence, as the ‘spirit’.