The brain is the mechanism with which we evaluate everything.

In terms of our current perception, the brain is a chemical composition.

This chemical composition carries out various functions via bioelectric activity to bring about all the formations in our existence.

In respect of the molecular structure of the brain, the biochemical make-up of its cells, especially those pertaining to the DNA and RNA molecules, allow the brain to be actively engaged in bioelectric activity, while simultaneously interacting with the cosmic rays comprising subatomic life forms.

To give a simple example, let us take the cosmic rays that radiate from the sun. These rays reach the earth from the sun in eight minutes and penetrate through every cell (and their sub-structures) in our body, causing multitudinous effects, all within milliseconds. These rays permeate through the whole Earth and continue their journey through space, every day, at all times. Throughout every second of our lives, we are constantly subjected to an uninterrupted flux of cosmic rays. Further, we are constantly prone to the radial cosmic influences coming from certain constellations (astrological signs) stimulating particular responses within the Earth and everything on it!

Unfortunately, humanity is still at a very primitive level in terms of deciphering this phenomenon.

Indeed, our brain receives these rays via the input receptors, such as the eyes, ears, nose, tongue, or perhaps even ones of which we are currently unaware, and interprets them based on its own evaluation.

The initial programming that occurs in the brain takes place in the womb. In fact, some even allude to the possibility of an earlier stage of coding, pertaining to the sperm and egg, before conception, based on the brain activity of the parents during intercourse. This, though, is on the periphery of our current topic. Those who are interested in further information about the early programming of the brain can resort to my book The Mystery of Man.

As we said, the brain is a data processing center. There is no vision or sound within the brain, just like there is no vision or sound inside the television unit. Like we consume food for energy, a TV consumes 220 volts of electricity for energy. The transistor, diodes, microchips and so on, comprise the center that processes incoming data. Waves containing radial data are received via the antenna or a cable broadcast, processed in this center, then reflected onto the screen and speakers as vision and sound.

Similarly, the brain receives its life energy as glucose and oxygen through the food we eat, and obtains its life force through the energy of the sun. Meanwhile, all the activities that take place in the brain are converted into waves and uploaded to our holographic wave body, known as the spirit. 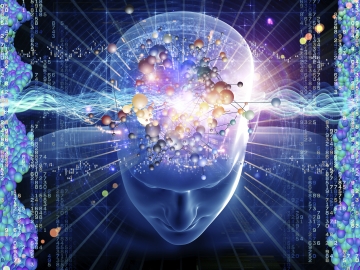 The individual spirit begins to form in the womb, on the 120th day after conception. Hence, abortion after the 120th day is considered a grave sin in religion.

The Universal Spirit, of which the angels and the universe are comprised, is known as the Grand Spirit (Ruh-ul Azam) in Sufism. This Spirit, which was present before the universe came into existence, is a composition of Names, hence a totality of meanings, and the very first creation! It isn’t a spirit in the absolute sense, of course… It is also known as the First Intellect (Aql-i Awwal) and the Reality of Muhammad (Haqiqat-i Muhammadiyyah).

No need to delve further regarding the spirit, as I already have done so in numerous other books. Unfortunately many find it difficult to digest the information I share about the spirit. Some people even question me ‘How can you talk about the spirit, when even Muhammad (saw) was devoid of this knowledge?’, ignorant of the fact that the Quranic verse “little knowledge has been given to you regarding the topic of the spirit” was not addressing the followers of Islam, but the Jews, who had asked this question in the first place!

In fact, Imam Ghazali, a renowned Islamic scholar and saint (waliyy), states the following about the spirit, in the section on prayer, in the 1st volume of his book Ihya-u Ulumid’din:

Going back to the topic of the brain, as stated above, the brain cells are constantly subjected to various cosmic rays while actively engaged in bioelectric activity, and thus its output of activity is based on all of these influences. 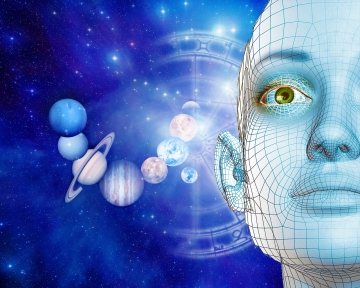 There are 120 billion neurons in the brain, each with 16,000 neural connections and each capable of carrying out all of the functions of every other cell! And humanity is only using 7-12% of this enormous capacity!

While we use this 7-12% not much is actually happening inside our brain! For example, when we see or hear, no sight or sound is taking place inside the brain. The only thing that is really occurring in the brain is bioelectrical interaction among the neurons.

Based on all the cosmic rays and environmental conditionings to which we are constantly subject, we have come to refer to the evaluation of certain data within the brain as seeing. But this is really just the value judgment of our brain! To say I see is no different to saying I perceive. For, in reality, it is the latter that is really happening; we are perceiving data and then interpreting it as vision.

As our tool and capacity of perception changes, so do the things we perceive, and the value judgments based on our perception!

In a sense, the brain is a mechanism that evaluates and interprets waves of various frequencies and cosmic rays in accordance with its internal programming.

While the brain uploads all this data to the holographic wave body it simultaneously produces, it also transmits this energy out to its surroundings, much like a radio transmitter. These transmitted waves of energy then become stored in the atmosphere, like a volume of waves, encoded by the transmitting brain. If a device can be invented to decode these stored data, the entire life of every single person can be screened and watched from beginning to end! As a matter of fact, religious texts that talk about the books containing all the stored information of people’s lives and how they will be handed to people after Doomsday are not alluding to anything other than the decoding of these waves!

There are two ways to increase the perception ability of our brain. We can either invent new devices that can expand the brains capacity to perceive via the five senses or activate the brain’s internal perception circuitry through various exercises, especially the one known as dhikr. The word dhikr (pronounced zikir) is commonly translated as “remembrance” and “invocation” or as “chanting” particular prayers and Names of Allah.[1]. Only after expanding and strengthening our field of perception can we begin to see what is currently invisible to us.

The pivotal point one should take note of here is: the brain is unable to evaluate and decipher the cosmic rays and waves of data it perceives if it has no existing information pertaining to them in the first place. Furthermore, if certain areas within the brain have not been activated, then all of the waves of data pertinent to these areas will be dismissed without being evaluated!

Our brain is constantly receiving streams of waves from the universe, all containing different meanings and information, but, due to our lack of decoding ability, most of these wavelengths containing valuable information are being discarded.

The whole cosmos with all its integral parts is a living, conscious existence!

Blessed are the ones who can perceive that the entire cosmos with all its multidimensional universes and waves and rays and quantal dimensions, is a unified, single unit of existence!

What we call imagination is this very structure with luminous origins. In fact, we are radial beings! Only because of the five-sense restriction do we fail to recognize this reality…

Indeed, by its origin, the universe is a SINGLE structure. And because all the particles are interconnected with each other within this structure, any one activity can bring about an infinite chain of reactions in any part of the universe! In other words, we are all connected; nothing in existence has a separate, independent, free will or existence!

This is where the phenomenon known as fate is derived.

So what exactly does Islam and Muhammad (saw) say about fate…?

[1] More information is provided in The Power of Prayer.