We have become so accustomed to living our lives without contemplating and questioning that we take solace in relating the things we can see to ‘matter’ and the things we can’t see to magic! Some call this magic ‘mother nature’ and some call it ‘God’! It is as though we unwisely insist on not seeing the magnificent mechanism of the body, the cause-and-effect relation and the perfection of the brain, which is the most elevated mechanism of the One denoted by the name ‘Allah’!

So-called scholars and their heralds who have no idea about the role of genes in the creation and life of man and its place and function in the brain, console the masses with nonsense ideas such as man being some sort of a hocus-pocus creation of God and all man has to do is deify and worship this God!

We are afraid of thinking, questioning and knowing ourselves!

Narrators of Quranic verses and hadith have no idea about the modern scientific developments, and most scientists are unaware of the pure knowledge disclosed by ‘religion’. Many people pass through this world living in their own imaginary worlds.

In fact, the System and Order implied by the word ‘religion’, created by the One denoted as ‘Allah’, can only be truly appraised and evaluated by those who can use their brain, which is what drives scientific developments. As such, the most realistic approach entails deciphering the brain’s mechanism to understand how this influences our thoughts and behavior.

Of course, I have nothing to say to those who claim:

“I am happy enough with praying five times a day and fasting in Ramadan. I want no further involvement in anything else”. By all means, they too will face the consequences of their deeds. 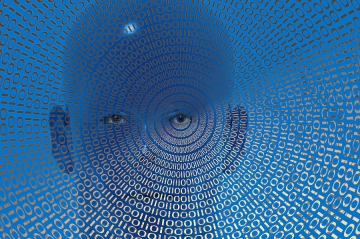 I am addressing those who claim to be researchers and intellectuals, who accept and deny science as they wish, and when fed up with thinking, resort to God’s magic wand.

Including Muhyiddin ibn al-Arabi, all Sufis assert that everything in this world transpires through causes. However, due to our lack of knowledge, we do not always apprehend them. It is based on this reason that Ibn Arabi claims everything in this world, the intermediary dimension (barzakh), the place of gathering (mahshar), and heaven and hell, are all under the influence of star signs. Even though, the kinds of waves astrological influences are carried through still remains unknown.

In the chapter titled “Were spirits created in pre-eternity?” in my book Islam I talked about how our spirits are formed in the mother’s womb rather than being instilled into our bodies from an outside source. Thus, the word ‘spirit’ in religious terminology, the afterlife body, is created by the nucleus of the brain in the mother’s womb.

Individual consciousness and memory, products of the brain, are stored in the spirit, such that, when the spirit’s connection to the body is severed, the spirit continues to live with the same consciousness. My understanding of ‘the book that we are going to read at the place of gathering (mahshar)’ is this: where not even a comma of your life will be omitted.

This is one of the biggest miracles of the One denoted by the name Allah. How does the energy we obtain from the food we eat reach our brain in the form of certain waves? This is a point worth pondering for anyone with an intellect.

Does the brain produce waves? Every scientist now confirms the existence of various waves produced by the brain. What is unknown are the specific functions they serve. There is still some ambiguity in this area. Due to the lack of technical facilities, the entire wave spectrum produced by the brain is still largely unknown.

In 1985, when I wrote about how the human spirit does not enter the body from the outside, and the brain produces it, nobody had even addressed this topic. Now, in 2002, Professor Johnjoe McFadden from the School of Biomedical and Life Sciences at the University of Surrey in the UK is claiming our conscious mind could be an electromagnetic field: 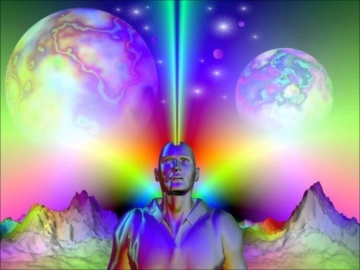 What Professor McFadden realized was that every time a nerve fires, the electrical activity sends a signal to the brain’s electromagnetic (em) field. But unlike solitary nerve signals, information that reaches the brain’s em field is automatically bound together with all the other signals in the brain. The brain’s em field does the binding that is characteristic of consciousness.

What Professor McFadden and, independently, the New Zealand-based neurobiologist Sue Pockett, have proposed is that the brain’s em field is consciousness.

The brain’s electromagnetic field is not just an information sink; it can influence our actions, pushing some neurons towards firing and others away from firing. This influence, Professor McFadden proposes, is the physical manifestation of our conscious will.

“The theory solves many previously intractable problems of consciousness and could have profound implications for our concepts of mind, free will, spirituality, the design of artificial intelligence, and even life and death,” he said.

Most people consider “mind” to be all the conscious things that we are aware of. But much, if not most, mental activity goes on without awareness. Actions such as walking, changing gear in your car or pedaling a bicycle can become as automatic as breathing.

When we see an object, signals from our retina travel along nerves as waves of electrically charged ions. When they reach the nerve terminus, the signal jumps to the next nerve via chemical neurotransmitters. The receiving nerve decides whether or not it will fire, based on the number of firing votes it receives from its upstream nerves.

In this way, electrical signals are processed in our brain before being transmitted to our body. But where, in all this movement of ions and chemicals, is consciousness? Scientists can find no region or structure in the brain that specializes in conscious thinking. Consciousness remains a mystery.

“Consciousness is what makes us ‘human,’” Professor McFadden said. “Language, creativity, emotions, spirituality, logical deduction, mental arithmetic, our sense of fairness, truth, ethics, are all inconceivable without consciousness.” But what’s it made of?[1]

Whether or not this electromagnetic field is the phenomenon we have come to call ‘spirit’, it is an undeniable fact that the brain produces waves, which are now being considered as ‘consciousness’.

One day, science will also discover the afterlife body, the spirit, as comprising certain brainwaves of energy that differ from our physical body.

Albeit, I probably won’t be here to see it…