The meaning of the word “man” is first depicted as the “body” that appeals to certain “senses”. The body with its five senses, eats, drinks, sleeps, mates, and acts in favor of the body’s comfort and safety.

The word “nature” refers to the external aspect. The material composition of man’s exterior “body” is described as his “nature”. That is, all of the qualities comprising the formation of the body and the affairs and callings of this body. In other words, his nature is the natural functioning of his physical biological make-up. It is impossible for one’s nature to become abolished until the body dies.

One’s character is related to the second group of attributes, regarding the “identity”.

The word “nafs” denotes the sense of “I”. It is one’s identity. How one sees and feels about himself. The attributes that shape the nafs; intellect, thought, comprehension, illusion, design, imagination and memory are formed with the effects received during the 9th month during pregnancy. 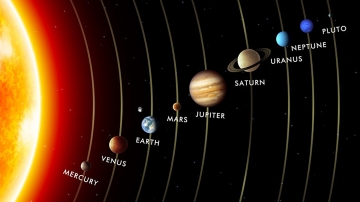 Moreover, the person is “conditioned” by his environment for a specific lifestyle. The extent to which the person is suggestible to the conditioning he receives depends entirely on the attributes listed above.

For example, if his comprehension and intellect is strong he may not be easily conditioned. On the other hand, if his illusion and misgiving predominate he will easily become conditioned and may not easily escape the effects of this.

Thought, comprehension, design, imagination… Either they are driven by illusion or by the intellect. For example, in any given situation the ego sees an advantage and acts towards gaining it. This is due to the sense of “I-ness” and the conditioning the person has that if he fails in attaining that gain he will either be deprived of the pleasure of obtaining it or that he will be looked down upon by his environment. The thing that makes him think and feel this way is his illusion. He is acting under the effect of his illusion.

If the intellect had prevailed instead he would have thought, “who cares what anyone thinks, so what if I don’t obtain it” and would have gone on with his life. He wouldn’t feel any pain, grief or agony for not obtaining it or any fear or worry about what others would think or say. He would be wise enough to totally disregard such baseless worry and move on with his life.

Memory pertains to the spirit, which is related to the interior make-up of man. 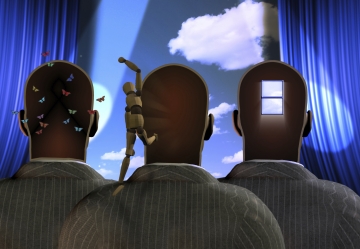 The function of memory essentially belongs to the spirit. The brain uploads all data to the spirit and when necessary retrieves it.

During pilgrimage millions of people gather together with the same intention turned towards the same point. The radiation they give out is so powerful that it erases their sins like erasing data on a tape, and the pilgrim returns home with no sin. This is the phenomenon regarding erasing the magnetic data recorded on the spirit.

Pilgrimage is an enormous invocation involving millions of people including the saints. Even if they don’t physically go, the saints attend pilgrimage energetically or send their representatives. What does this mean? Someone through whose brain they can operate and broadcast their energy!