As I will cover in more detail in following chapters, man’s spirit begins to form as of the 120th day after conception, as a holographic wave-body comprised of various waves produced by the brain.

During adolescence when the production levels of estrogen and androgen hormones are at their maximum the stage of responsibility begins. What does this mean? The brain, at the chemical effects of these hormones begins to upload and save incorrect mental activity as ‘negative energy’ to the spirit. In other words, as “sin”, via the “two angels” on our shoulders.  These brain activities at the same time produce either a positively or negatively charged electromagnetic field around the person.

If on the 120th day after conception while the essence of the brain is still forming, a special ray (angel) necessary to activate a specific circuitry hits the brain, the brain is able to upload anti-gravitational force to the spirit. With this, the spirit will be able to escape the magnetic field of the Earth, when it gets engulfed by the Sun (hell), and flee to heaven, or the dimensional depths amongst the countless stars in the universe.

On the contrary, if this circuitry isn’t activated and the anti-gravitational force isn’t uploaded to the spirit it will not have the strength to escape the magnetic pull of the Earth or the Sun and hence become stuck in hell forever.

How about the narrations regarding how the believers will burn in hell to the extent of their sins and then go to heaven? If those who go to hell will remain therein indefinitely how is it possible for them to go to heaven later?

This is about having too much negative energy or too little positive energy uploaded to their spirit bodies, i.e. the strength of the energy of their spirit. This will transpire before the Sun fully engulfs the Earth, that is, during the process of crossing the Bridge of Sirat.

“When hell comes and surrounds the earth from all around…”

As described above, during the phase referred to as “mahshar” everyone will be given the opportunity to gather together on Earth.

During that period the earth (the body) will be replaced by another earth (another body), and the heavens as well (individual consciousness will also be turned into another system of perception)![1]

As the verse affirms this will take place under different life conditions. At this stage the Earth will be like a huge plain on which the entire human race, including all people from the past, present and future, will be gathered.

The Sirat is a way out. It’s not a bridge made of cement and concrete, it’s a spacebridge, an escape route… its normal that none of this makes sense to us today for at that time a single day’s length will be fifty thousand years:

The angels and the Spirit will return to their essence in a period (which will seem to you like that) of fifty thousand years (the period of time to reach Allah in their essence).[2]

Clearly these are time spans that we can’t fathom right now.

After tasting death all our concepts of time will be rendered invalid.  Due to the dissolution of the biological-physical body and leaving the earth’s day-night pattern the concept of time will be completely lifted.

It’s not possible for us to discern the universal dimensions of time right now. According to our current understanding one sun year is 255 million earth years. Are we even aware of what this number means? 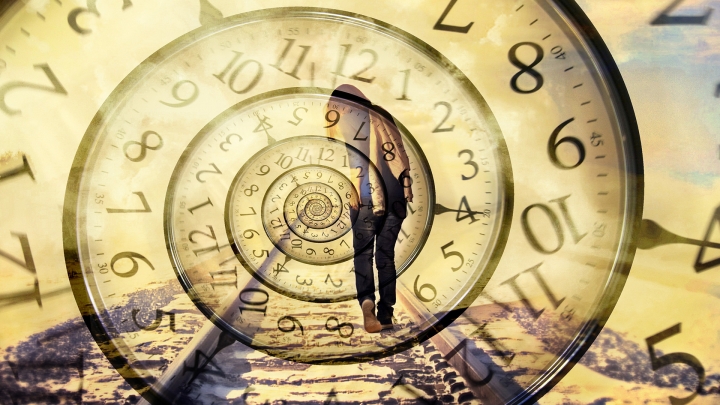 When we read about the event of mahshar, the period of escaping through the sirat, it sounds like an event that’s going to take place in a matter of a few hours but in reality, it’s going to take ‘thousands of years’ in terms of our current understanding of time. Are we conscious of this?

The Jewish narration of man’s history being 7000 years old is a fiction made up by a narrow-minded mentality, which we’ve all unquestionably accepted. It has nothing to do with the truth.

We must try to understand the concept of time in the life after death with the proportion of 1 day = 50 thousand years.

Various different hadith that refer to events pertaining to the life after death should also be considered in this light.

Expressions such as “six days” or the “seventh day” are days in the sight of Allah, days pertaining to universal dimensions; billions of years according to our current understanding of time.

It’s difficult for those without sufficient education to comprehend these numbers so it’s quite normal for them to deny and refuse. Imagine if these “billions of year long days” were openly talked about 1400 years ago!

Albeit he only slightly touched upon the real dimensions and the real events by way of symbols and metaphors they called Muhammad (saw) a lunatic, so think about what they would have done if they heard of the billions of years!

We don’t have to go that far into the past. How many of us today can actually comprehend what billions of years mean? Yes maybe Doomsday will begin tomorrow, maybe a billion years later. But we must never forget that the reality of time is nothing like what we think it is.

For instance, you can never really understand the time you spend in your dream when you’re asleep. Sometimes you can spend years in a single dream but we know that no dream lasts longer than 2 minutes. As for the time that passes in your sleep while you’re not dreaming (in deep sleep) you have no consciousness of it at all. Some hours pass like seconds some minutes pass like days. Hence the famous phrase, “Ask the ill person the length of a single night…”

Tens of thousands of years of the life after death will seem like hours passing in respect to Earth time.

Thus, I want reiterate that the dimension of time we will enter with death is not like our current concept of time. Especially for those who will be imprisoned in their graves, time will feel much different to them.

All of these have been explained in minimal basic metaphoric ways in the past to help people understand so that they may be able to prepare for their future.

Nevertheless, the phrase, “Talk to people according to their level of intellect” affirms why these truths have been reduced to basic and minimal symbolic expressions.