The Topic of Fate (qadar) is the one topic that has captivated and occupied humanity throughout all time, and that only a select few, of a certain level of enlightenment, have been able to decipher…

In order to unravel the mystery of fate, one must first adopt and discern the concept of Unity.

So long as the reality of Unity isn’t conscientiously understood and applied, one’s acceptance of fate cannot surpass the level of blind faith.

This is precisely the reason why vicegerency has been given to humans, and not the jinn[1], who used to reign on earth before humans were created.

The jinn, though acquainted with almost all the mechanics of the system, are restricted from apprehending two core realities:

1. The mystery of Unity.

Because the jinn don’t have the capacity to understand or carry these truths, humans were created with the necessary cognizance and capacity to fathom these mysteries.

Based on the verse;

“I’m going to create on earth (the body) a caliph (a vicegerent, who will live at the conscious awareness level of the Dimension of Names).” (Quran 2:30)

Humans were created with an innate capacity to comprehend the mysteries of Unity and fate, hence becoming worthy of vicegerency.

It is impossible to understand the reality of the Absolute Existence, referred to with the name Allah, if we don’t first absorb the meaning of chapter al-Ikhlas. 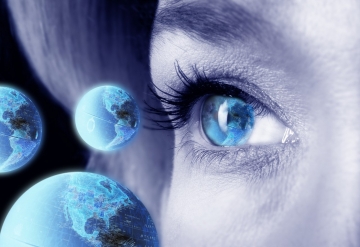 As I said before, the word ‘Allah’ is a name. There is a significant difference between calling upon one’s name, and knowing the nature of the being called upon with that name, hence calling upon that being with that name! In one, you’re merely uttering the words on the signpost, while in the latter; you’re reading the signpost and actually travelling in the direction it gives.

Such ‘travelers’ are those who are near to Allah (muqarribun), referred to as the People of Allah (ahlullah). In other words, those who are mentioned in the verse,

If we can comprehend the reality that the name ALLAH points to One body, not in the sense of a physical body, but in the sense that there isn’t a second being other than His Being, that His limitless, infinite Being encompasses all… And if we can understand that He hasn’t come about from something, and due to His infinite nature, no ‘other’ thing has come about from Him… Then it may become obvious that an Infinite One, has contemplated, evaluated, manifested and then made nonexistent the whole of creation in His ‘Knowledge’.

To put it another way, with His Knowledge and Power, a Limitless, Infinite One has created the worlds from nothing, and observed the reflections of His Names via the names of the creation, all at the level of knowledge!

These ‘forms of meanings’ in the Knowledge of the One, obtain their form from His existence, by manifesting the properties of His Names, at His discretion. And it is He yet again, who observes these meanings.

A Being that encompasses all beings…

A cosmos that exists at the level of knowledge…

To give an example: Let us create a world in our imagination. Let us imagine all the different types of people living in this world… Despite how real it may feel to us, it is a world created from nothing in our imagination; it has no real substantial existence independent of our existence; it is eventually ‘nonexistent’.

As such, all of the universes and all the dimensions and life forms that they contain exist in His Knowledge, depend on His existence, and are fundamentally nonexistent!

Comprehending this immense reality will enable us to see a remarkable truth. That is, Allah with the properties of the name ‘The Possessor of Absolute Will’ (Mureed), has willed to create appropriate forms for the meanings to be manifested and observed. And these forms willingly conformed and accepted this duty.

Or is it more correct to say, these imaginary individuals are projecting the innate characteristics that we have assigned to them? Let us suppose that one of these individuals commit murder and kill another individual, whereby a third person who witnesses this scene says “So and so has killed so and so”. But all of this is happening at the level of our knowledge, in our thoughts and imagination. We are writing the script and ordaining their roles, and they are playing it out. So how can we say “So and so has killed so and so with his own independent free will and choice”? Saying this would entail the assumption that ‘all’ individuals have a free will, and render obsolete the Will of the One. The declaration of a free will alongside the Will of the One will implicitly fragment and lessen His Absolute Will.

In his book, Huccetullahi’l Baligha, Sheikh Veliullah Dihlevi, who is generally known to be the reviver (mujaddid) of the generation after Imam Rabbani, says:

“People can choose their actions, but this apparent choice is never real as it is divinely motivated by certain benefits and payoffs making the person think it’s their choice, whereas in reality it’s the Divine discretion in disguise.”

“The hearts are in between Allah’s two fingers, He shapes the hearts as He wishes.”

Ibrahim Hakki Erzurumi, known to be the Great Helper (ghaus) of his time, says in his Marifetname:

“The pre-eternal discretion is above and greater than the causes, as an individual cannot request something after Allah provides it.

There are numerous Quranic verses and sayings of Muhammad (saw) to elucidate this topic. I don’t want to repeat all of them here[3], but here are 2 verses to reinforce the matter:

“No calamity befalls you on earth (on your body and outer world) or among yourselves (your inner world) that has not already been recorded in a book (formed in the dimension of knowledge) before We bring it into being! Indeed for Allah, this is easy.

“We inform you of this in order that you don’t despair over your losses or exult (in pride) over what We have given you, for Allah does not like the boastful and the arrogant!” (Quran 57:22-23) 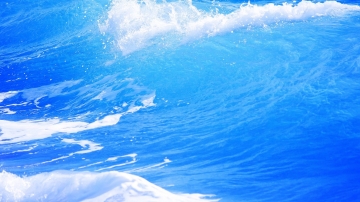 To understand the core of the matter, we must view the ‘outer’ situation from the ‘inner’ point of essence; we must view multiplicity from the point of unity. If we try and view in reverse, that is, if we try and view the peak point of the pyramid from its bottom layer, our vision is bound to get obscured somewhere along the way, and we are bound to get sidetracked by all the details and miss the Essence.

The sole condition one must fulfill, in order to grasp and solve this mystery from its core, is to view the ‘many’ from the point of the ‘One’, to view the manifestations from the point of the Essence, not the other way around. In doing so, one will inevitably see that the ‘outer’ existence, that is the conceptual world of forms, is nothing but a projection of the implicit meanings in His Knowledge!

All life forms acquire their life from His Life.

He is Aleem. Hence all knowledge pertaining to creation is from, and within, His Knowledge. Allah’s Knowledge is limitless and infinite.

He is Mureed. His Will is infinite. Hence, all outward expressions of will are from His Will, becoming manifest in accordance to the compositions of Names they carry in their essence.

When we view an activity of an individual we say “he is acting out of his free will”. Whereas this outward display of will is in reality nothing more than the disclosure of the Will of the One through that individual; just as the water that runs from a particular tap isn’t different than the water in the reservoir.

The application of the same principle to all His other names and attributes, such as Power, Speech, Hearing, Sight and so on, renders evident the truth that Allah encompasses ‘all’.

We can conclude then, that there is only one life in the whole of existence, and that is the life of the Ever-Living One (Hayy). And again, there is only one will in the whole of the cosmos, and that is Mureed (the Possessor of Absolute Will). If the Will of the One is infinite and limitless, then how can we fragment His eternal will by assigning a partial, individualized will to creation?

He is the All-Powerful One, thus, all expressions of power pertain to His Power. Every appearance of meaning, and all the acts of every atom in existence, can all be traced to the boundless, all-encompassing names that manifest the Knowledge of the One.

Hence, there is only one Will, one Power, and one infinite Knowledge to direct this Will and Power pertinent to the One represented by the name Allah.

He reveals and observes Himself on the mirror of the name Allah, yet at the same time He declares:

“Verily, Allah (in terms of His Absolute Essence) is Ghani from (being conditioned and limited by) the worlds (individualized and materialized compositions of His Names).” (Quran 29:06)

ALLAH is Pre-eternal and Post-eternal (Baqi).

All the worlds are like seemingly transitory waves coming from nothingness and going to nothingness in the ocean of Eternity.

In the sight of the knowledgeable ones, even waves don’t exist.

A day will come and we will finally realize that we are ‘not’. Our assumed selves will be annihilated in the existence of Allah, and then the fire of our internal hell will be extinguished. Who will we see in the mirror then, I wonder?

Will the mirror be the Eternal One and ‘the self’ be naught?

Eventually, these things can only be lived and experienced, but to sum up what has been discussed:

In order to evaluate existence in a proper context, we must view existence as though looking from the tip of a cone. That is, from the point of unity going toward multiplicity, from the inner core to the outer shell, not the other way around.

Since the illimitable, infinite Being has no limit, there can be no other existence than His but His infiniteness needs to be recognized in terms of his infinite attributes.

We have always attempted to explain His infinite nature in terms of His Absoluteness, now we need to recognize His infinite nature in respect of His attributes. In doing so, we will recognize His infinite Life, Knowledge, Will, Power and we will understand that the so-called ‘free-will’ that we associate to ourselves is only a product of our 5 senses. Once we grasp the fundamental reality that our apparent free-will isn’t ‘free’ from His Will, we can stop dividing the Whole into fragments and become cognizant of the verse:

“Do not turn toward gods (exterior manifestations of power) other than Allah.” (Quran 28:88)

If we have been ordained to comprehend His Infiniteness, not just in terms of His Absolute Being but also in terms of his attributes and His whole Existence, then we will realize that fate is nothing but the field of observing manifest upon the wish of the One.

[1] For more information on the “jinn” please refer to the book Spirit Man Jinn available on the website www.ahmedhulusi.org/en/

[3] Please refer to the books The Mysteries of Man and Mind and Faith for more information.