As we all know, the holographic universe model is one of the most significant discoveries of the past century. The sun of science that has risen from the West is shedding light upon and guiding humanity towards the understanding of Unity and non-duality, purifying from the concept of a deity and channeling towards the reality denoted by the name Allah…

On the other hand, unfortunately, the most exalted miracle has been covered and scaled down to a history book and the most magnificent individual consciousness and the Spirit of Eternity has been reduced from being the articulator of the reality to a postman position. 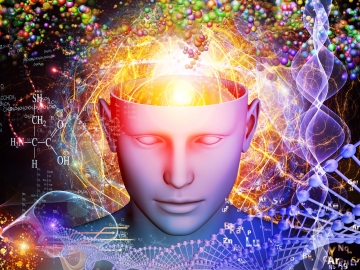 You can imagine the degree of violation and offence committed by a mentality that markets the most noble source of knowledge that explains the reality, formation, and the dimensionality of life, simply as ‘god’s book of commands.’

Forget being a tribe leader, this noble being claims, “If you were to give the moon to my one hand and the sun to my other hand I will not give up my cause”. I can’t even begin to imagine the extent of suffering of those who use the universal teachings of this noble spirit to herd the people on the day the veils are lifted.

It’s interesting that the Quran, an invaluable source of knowledge and guidance based on the mystery denoted by the letter B, has been deciphered by prominent saints, some of whom we’ve heard and some of whom we haven’t… yet there are still some who hang it on their walls inside fancy cases and claim that it is sent from the almighty god in space!

The magnificent broadcast of the Reformer (Mahdi) of our century has enabled the sun to rise from the west and the holographic reality to be discovered, and yet we’ve just been sitting on this treasure all along!

Approximately 700 years ago, Abdul Karim al-Jili stated the following in his “al-Insan al-Kamil”:

“Each individual of the human species, and in fact every existent ‘thing’, contains within itself the others entirely, without any lack… individuals are, then, like opposing mirrors, in which one fully reflects the other…”

How else could one have explained the holographic reality pointing to the UNITY of existence seven centuries ago?

I tried to explain the same thing in the past:

All of the cones composed of all the points created within the SPIRIT that derives its existence from the domain of names referred to as the POINT, fulfill their existential purposes as projections, and contains the totality of the point, for the point cannot be divided, fragmented or separated into pieces, it is a single indivisible existence.

And He taught (programmed) Adam (the name ‘Adam’ in the Quran references every single human, who in reality is nonexistent and has been created from a state of nothingness through the manifestation of a composition of Names) all of the Names (all knowledge pertaining to the Names and their manifestation).[1]

This verse verifies that all of the meanings denoted by all of the Names within the Dimension of Names exist within the point of the essence of man. 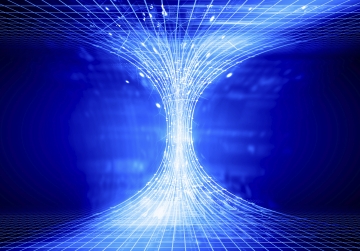 As opposed to others, Abdul Karim al-Jili penned his work from the perspective of the multiplicity from the One. This is also the perspective that I employ. The biggest reason why it’s difficult to understand these topics rests in the attempt to view things the other way around, that is, the One from the point of multiplicity. If one tries to explore a tree starting from the seed to the fruit, it will be systematic and easier to grasp than if he starts off at the fruit or the leaf and tries to understand the roots and then the seed… This is a much longer and harder route. Another example is that of observing the formation of the human body from a single cell…

Now when I say the Dimension of Names I want to make something clear. I am not referring to a collection of Names, rather I’m referring to a single reality designated by the Names. The Dimension of Names is an abstract dimension or domain of attributes. The multitude of Names doesn’t imply the multitude of the One that is named. All of the Names belong to the One. It is the same One that is denoted by all of the names. All of the attributes and qualities the Names reference pertain to the same existence, the Supreme Oneness. This is the only existence, the one and only reflection, besides which there is no other. HU ALLAH, the AHAD the SAMAD.

In so far as our essence (our ‘point’ of existence) we (all individuals of perceptive ability within the infinite multiverses) manifest new qualities at every instance as does the universe.

The angel called Spirit (The Reality of Muhammad) about whom it is said “He encompasses the whole of creation” comprises the essence of every ‘thing’. Thus when he said, “I saw my Rabb” he was pointing to this truth. For the One named Allah is both the One who exists within every iota of existence and the One who is beyond being labeled and limited by the manifestations of His Names, as He is Great (Akbar) and beyond all concepts (al-Ghani). So when he said, “My Rabb is Allah” he told the truth in terms of tashbih (the similarity/comparability of the divine) and when he said “Allah is al-Ghani” he also told the truth in terms of tanzih(the incomparability of the divine).

If you are Muhammadan both will be within your observation!

If you’re Ahmadian, then even beyond this will be accessible to you… though only the qualified will know…

Know this for sure, however, the knowledge of religion is a complete integrative whole. It is all about how much one can benefit from the knowledge of Allah. Far from being about the literal meanings of the Quran and Hadith, it is all about deciphering and comprehending their inner deeper meanings and putting them into practice and holistically experiencing their reality. This is what Sufism is about. Those who suffice with whatever they’ve memorized and who deny the things, which their comprehension falls short of understanding, can’t read the Sunnatullah and can’t understand the system of Allah. What’s worse, they are unaware of their lack of understanding. Denial is like the mind’s fuse. When the mind doesn’t “get it” it blows the fuse to protect its sanity.

You can’t learn religion from religious leaders or so-called theologists. They can only provide one part, if that, of the whole, for their expertise generally veils them from seeing the whole.

Only the ignorant can be fooled by those who flash out memorized verses and hadith without having reached gnosis of knowledge.

Just as those at the station of the Self-Accusing Self (Nafs-i Lawwama) have somehow become the masters of the devout, those who simply output memorized verses and hadith have somehow been accepted to be scholars. We have to put an end to this.

When the Mahdi (Renewer) of our time, who is said to have started his function in the beginning of the Islamic year 1400 and who is said to emerge around the age of 40, arrives, all madhaps and schools are going to become invalid. Did you ever wonder why? Will he, as the function of a Rasul, reveal the knowledge that is disclosed to him, or simply reinforce the rules of a particular school like an imam of a mosque?

If faith accepted imitation the invitation would have been done to monkeys and parrots!

You can easily design a robot to pray and recite the Quran 24 hours a day. If one can’t truly READ, can’t understand what he reads, and thus can’t contemplate on it, how different is he from an imitator? 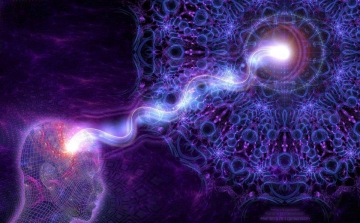 The Rasul of Allah and the final Nabi, Muhammad (saw) is the only person whom we need to follow and to whom we need to submit in order to read the One denoted by the name Allah.

Remember, in the grave we will be questioned of our “Rabb”, our “Source of Knowledge” and our “Nabi”!

Theologians who lack sufficient knowledge in this area or so called representatives and doctors of divinity can never provide valid excuses for you.

Anyway I’m told my writings aren’t academic as I don’t reference properly the hadith I quote. Just as a side note, I don’t write with academic concerns or for a title or label or any form of accreditation. I write solely to share my research and observations with those who contemplate. The greatest credit and title for me is to be a servant of Allah…

Anyway my point is:

In order to really understand the religion of Islam and the Sunnatullah, to realistically find out who and what the notion “I” is, where it comes from and where it’s going, you must seek the answers for yourself.

There are so many alleged saints who have supposedly been performing salat for tens of years who never once actually understood the reality of the phrase “Allahuakbar” or the “Basmalah” as it deserves to, or who never once recited the al-Fatiha in a way that enables the experience of self-conquering it evidences…

I’ve seen so many declare “both your pleasure and your displeasure are welcome” then spend their lives in constant complaint and in a state of discontent.

And so many still, who thought they were Sufi students yet who spent their lives gossiping, and impeding others from reaching their reality…

Many of them passed on having fulfilled their servitude in veiled states, perhaps states to which they will indefinitely be prisoned, while many still are waiting their turn…

Forget the gossips regarding who said what and form your own ideas and views, make your own discoveries. You can’t get anywhere with other people’s opinions, you must build your own. If you don’t have a new original observation then your servitude doesn’t go beyond imitation.

There are no repetitions in the Sunnatullah!

Every wali has an unveiling and a discovery that is unique to them. So try and also attain an observation that is unique to you. You’re not going to give account for others’ deeds, your going to live the direct consequences of your own actions. Everything you own in this world you’re going to leave in this world. None of it is going to have any significance or any meaning in the next realm.

If your knowledge and conscience is at peace in regards to having done all you can in this path then there’s nothing to worry about. Otherwise take precaution my friend.

May Allah enable us the understanding that just as we go to sleep on our own every night we are also living alone in our world and were going to move on to another dimension of life where were going give account for and experience the results of our life here.