And the biggest miracle of Allah’s servant and Rasul, Muhammad (saw), is the Quran!

Because, as the Rasul and Nabi of Allah, no one that has come before him and none that will follow him has or can disclose the knowledge he has disclosed! Thus, there will be no more Nabi after him.

What is his miraculous disclosure?

Everything from the movement of quantum strings and the holographic reality, to relations between universes, the integral energy of the universe, the cosmological relations, and the Arsh, Kursi and the seven heavens and earth within the essence of man, occur in the scope of sunnatullah!

Sunnatullah has been described as:

Let me now underline a universal truth. Though some may find it difficult to comprehend, the truth is the truth!

From the instance the point begins to expand to infinity, everything that has occurred and will occur based on the expanding universe principle, is a known and an immutable constant in the sight of the Creative Power!

The history of man within this grand event is not even worth mentioning!

Doubtlessly there are such innumerous conscious species within the cosmos; it is beyond the comprehension of man! All of it is evaluated within the scope of sunnatullah.

The Rasul of Allah (saw) says: “If you had known the things I know, you would laugh less and weep more! You could not rest at ease in your beds; you would escape to the mountains, yelling ‘Allah! Allah!’”

What is the Rasul of Allah (saw) trying to say with these words?

If we can READ the sunnatullah… We will begin to recognize the primary principles of the Universal Law: 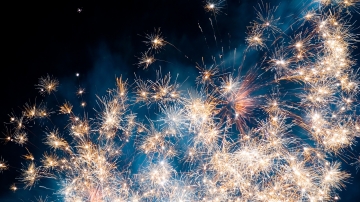 1. The whole of creation, whether consciously or unconsciously, are fulfilling their absolute servitude by living in compliance with the purpose of their creation!

“...The seven heavens (all creation within the seven dimensions of consciousness) and the earth (the bodies) and whatever is in them continue their existence through Him (tasbih). And there is not a thing that does not continue its existence through His hamd (the reality of the Names comprising one’s essence [Rabb] is the evaluator of this continual existence), but you do not understand their [way of, discourse, disposition] disclosure...” (Quran 17:44)

“(All) the creatures in the heavens and the earth, and the angels (all beings and forces pertaining to the spiritual and material worlds) prostrate to Allah (in absolute submission to Allah) without arrogance (without their constructed illusory identity, i.e. ego).” (Quran 16:49)

2.  The rebelliousness of the creature named Iblis (Satan) is also the product of his absolute servitude! Hence, the implementing of absolute servitude does not prevent one from expulsion and damnation (deviation)!

“(Iblis) said: “My Rabb! Because you have led me astray as the outcome of the Names expressed through me, I will surely make (disobedience; deeds that veil from the sunnatullah) attractive to them on earth (their bodily lives) and mislead them all.” (Quran 15:39)

3.  Allah’s attribute of ‘Power’ is called ‘Haaqim’ in the sunnatullah. Within the universal system and order called sunnatullah, the Qadir (Power) attribute of Allah necessitates the strong to defeat the weak. Thus, the One whose name is Allah displays His attribute of ‘Power.’ ‘Impotence’ or ‘Helplessness’ is to perish in the system. Hence, there is no room for evaluations based on human emotions and value judgments in the system. To feel pity or to be pitied does not have any effect on the operations of the system. Those who want to be protected need to take the necessary precautions according to their environment. One who lives by their emotions and human opinions and views will suffer the consequences of their choices!

“O you who have believed! Protect yourselves (nafs) and your close ones (the correspondent of your body in the future) from the Fire whose fuel is people and stones (idols and other inanimate objects of worship), over which are appointed angels, who are powerful, harsh and severe and who do not disobey Allah in what He commands them but do as they are commanded.” (Quran 66:6) 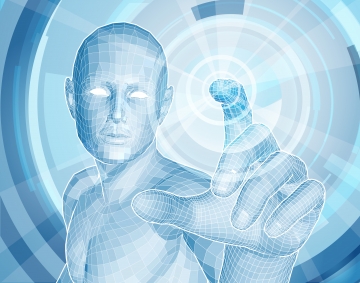 4. Every individual, in every instance, lives the results of his previous actions, whether they are aware of this or not! This is known as consequence (jaza). ‘Today’ is the result of ‘yesterday’; ‘tomorrow’ we will live the results of ‘today’! ‘Today’ is this moment! ‘Tomorrow’ is after this moment! He who does an iota worth of good will receive its payoff instantly; he who does an iota worth of harm will also receive its consequence instantly. However, depending on the circuitry of the brain through which it is received, it might take time for it to become apparent. For we do not know which circuitry in the brain is involved in producing the action, what kind of feedback the action gives back to the brain, and when and under what conditions this feedback will be rendered effective in the brain.

“The book [the record of the individual’s life] will be laid open; and those who are guilty will be filled with dread at the information they see and will exclaim: ‘Oh, woe unto us! What kind of a book (recorded information) is this! It leaves out nothing, small or great, but takes all our thoughts and deeds into account!’ They will find in their presence all that they have done! Your Rabb does not wrong anyone.” (Quran 81:49)

5. Every individual will see the results of only the deeds they do. No excuse or compensation is valid in the system for the deed, or the lack thereof, which results in a deprivation of some sort.

“And man will only accrue the results (consequences) of his own labor (what manifests through him; his thoughts and actions, due to the trigger system).” (Quran 53:39)

“Had there been within both (the heavens [meanings] and the earth [actions]) gods besides Allah, verily this system would have lost its order. So exalted (subhan) is Allah, Rabb of the Throne (who creates and forms existence from the quantum potential, at will) beyond the definitions they attribute to Him.

He is not questioned for what He does, but they will be questioned (they will live the consequences of their action).” (Quran 21:22-23)

7. If one fails to obtain insight in this world, they will forever be blind after the transformation of death!

“And whoever is blind (unable to perceive the truth) in this life (outer life) will also be blind in the eternal life to come (inner life) and further astray in way (of thought).” (Quran 17:72)

8.  Since the One who is denoted by the name Allah is not a god in the heavens, as some people who are short of knowledge and adequate contemplation think, it is not possible to confront and question this god! 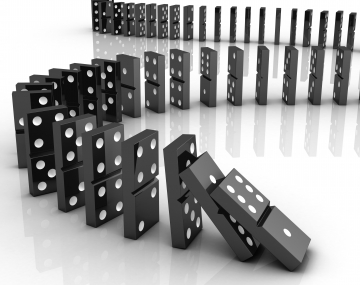 9. Man has the opportunity to attain all that he desires for the afterlife by executing the necessary actions and uploading them to his spirit in this world. After the event of ‘changing dimensions’ known as death, brain-developing exercises called ‘prayer’ will have no relevance. With death, the chance of developing the brain will come to an absolute end. Therefore, this world is our only chance to activate the qualities in our brain denoted by the Names of Allah. Whatever the reason or excuse may be, he who fails to use this chance will forever live its consequences!

“So when death finally comes to one of them, he says, ‘My Rabb, send me back (to worldly life) so that I may do what is necessary for my eternal future (i.e. live a faithful life which I did not heed or give importance to; the potential that I did not use and activate).’ No! (it is impossible to go back!) His words are useless! (his request is unrecognized in the system) and behind them is a barrier (an isthmus, a difference of dimension) until the Day they are resurrected (they cannot go back; reincarnation, being reborn for another worldly life is not possible!). So when the Horn is blown (when the process of resurrection, i.e. a new beginning commences), no relationship (worldly interactions, family relations, titles or familiar faces) will there be among them that Day, nor will they ask about one another (in terms of earthly relations).” (Quran 23:99-101)

10. Every individual existence contains within it the existence subsequent to itself, like the seeds inside a fig or the hidden potential of man inside a drop of sperm. This is true, whether it becomes apparent or not...

11. What makes man ‘different’ is his capacity to ascend within his own heaven or to return to the point of reality within his essence and cleanse himself from his human values and emotions in order to activate the ‘caliphate’ within!

“It is HU who has made you vicegerents upon the earth (the caliphate attribute is ‘made’ not ‘created’. This fine distinction should be pondered upon with care! A.H.). Whoever is ungrateful (whoever denies his vicegerency for the sake of individual values and bodily pleasures) denies (the reality) against his own self! For the disbelief of those who disbelieve the knowledge of reality will not increase anything for them in the sight of their Rabb except loss.” (Quran 35: 39)

12. When a sperm cell makes a leap into a new dimension, nobody feels sorry for the millions of other sperm cells that never make it to the egg and who have to live the consequences of this loss!

The Rasuls are not our fathers or uncles; they are the Rasuls of Allah. Sadly, this ‘neighbourhood’ mentality is still widely in use…

Here is the verse:

“Muhammad is not the father of one of your men! But he is the Rasul of Allah, the final of Nabis (the summit of perfection).” (Quran 33:40)

Hopefully we can quit thinking of him as a father and deservedly evaluate his true essence!

Of course, for someone who labels their imaginary god as ‘Allah’ and places Him in the sky and His prophets on earth, sunnatullah and the sunnah of the Rasul are different things! Even those who read and talk about ‘unity’ make this fragmentation… Leave those who only see with their external eyes to their own accord…

“Nor does he speak from his own inclinations (imagination).” (Quran 53:3)

This verse alone is sufficient for the thinking brains to discern that the sunnah of the Rasul and Nabi of Allah is based upon the sunnatullah. I do not feel the need to provide hadith as reference and expand on this topic. Those who wish to may go ahead and do their research.

Every unit of existence, whoever or whatever it may be, is a ‘part’ that mirrors the ‘whole’ and manifests His wish through His innate essential qualities (Names).

Those who have not been blessed with the authority to view multiplicity via the point of unity cannot acquire this secret, even if they imitatively accept it…

The one who says the Word of Testimony with full comprehension of its meaning is the one who will enter paradise!

One wonders how many ‘humans’ could there possibly be among the seven billion, who would actually bear witness to the reality that ‘Muhammad is not the prophet of God, but the servant and the Rasul of Allah’ with full awareness and discernment…!