This is the biggest issue!

To lock one’s self and become blocked and stuck!

“I can’t understand… I read and I read but I just don’t seem to get it! Just as I think I have it, I realize I haven’t understood anything!”

I hear this kind of confession a lot…

Why does this happen?

Because somewhere in the past, perhaps with a very simple command, we have locked our brain, and we are not even aware of it!

“Everyone will reap what they sow!”

A simple judgment we may have made in the past during our youth or even during childhood such as “This is what this is about” or “This is only this much” becomes programmed in our brain and we become fixed with that data. Whenever contrary information is encountered, the brain oversees or ignores it as it has already fixated itself with the current value. This could be about a book, a person or a religious or social topic, it does not matter!

The brain functions based on the sunnatullah (the universal mechanics of the system)!

This is why whoever has denied someone or something has blocked themself in regards to that thing and there is no easy way of turning back!

Can you not erase and restore this information at all?

Of course, the door to repentance is open.

If a person genuinely realizes the wrong they have done and re-evaluates the topic with the sincere intention of correcting it, certain exercises can enable that particular area of the brain to become receptive again to re-questioning and researching the topic in order to unblock and update its database. But this depends on how certain the person becomes of their wrongdoing. Otherwise, the brain will retain the data it has obtained from the past until the person dies, in which case the person will leave this world without having perceived the reality.

One must be a questioner, a searcher; one must never condition and restrict one’s self with the existing database!

One must always ask one’s self: “This is what was understood in regards to this topic in the past, I wonder if it can be viewed in a different way today…” and re-evaluate every new idea and event one encounters in this light… This is the measure that must be taken to avoid the brain from becoming blocked, fixated and stuck. 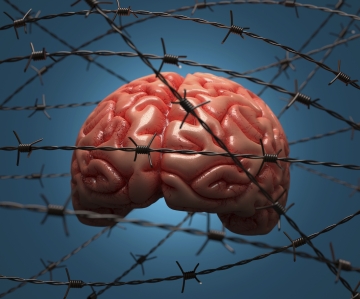 The majority of people allow their brains to become locked very early in their lives, and unfortunately they spend their adult years shut off to new ideas. Environmental conditioning is the biggest impediment to the brain!

The brain starts getting fixed in regards to many topics at a very early age!

If, for instance, you believed for some reason that a particular thing does not exist, then even if that thing is in front of your eyes you will not see it; you will become blind to it.

This brain-blockage in individuals can also lead to blockage and blindness in communities where the whole community can become fixed and locked in regards to certain topics.

Though the veil in front of the unseen and the unknown is often the source of our blockage, sometimes it can also be due to those who are aware of our blockages taking advantage of these veils.

This is why “saints are hidden under the veil of Allah”. That is, our presumptions about saints and sainthood block us from recognizing them even if we actually see them. For our brains have become fixed with a value we have stored in the past. The only way we can recognize and accept it is if it appears to us as what we have stored it to be!

“Allah has set a seal upon their brain’s perception of reality; their insight is veiled.” (Quran 2:7)

The expression here that Allah has ‘sealed’ their perception is a reference to the blindness and blockage that forms in the person as this is how sunnatullah or the mechanics of the brain’s system works! When one makes a wrong judgment and stores this in their brain even if they encounter the naked truth they will not recognize it!

Denial (kufur) is the coveting of truth; it is the inability to perceive, and hence the denial of reality, which is again related to blocking the brain. A denier (kafir) is one who has fixated (covered) their brain with other data and thus has become unable to perceive and evaluate Allah, the Rasul of Allah, and the Quran.

Someone who is not familiar with my work, or hasn’t really read it, may deduce from all this that I am referring to an external god in space who literally seals and locks the hearts and minds of people. Whereas, those who READ my work will know and recognize that I am referring to the natural function of the Names of Allah comprising the essential reality of each individual. This is referred to as the administration of Allah in the Quran. 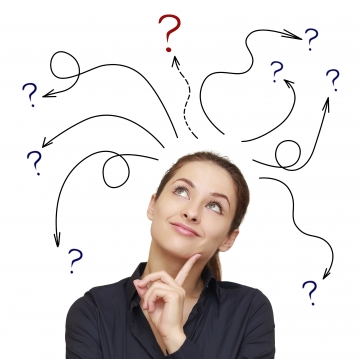 The first rule to READ is to abandon all accumulated knowledge from the past and not let them interfere in the evaluation of the new data so it can be perceived in an objective unbiased way.

The second step is to notice the examples, metaphors and allegories that are employed in the data one is reading or perceiving.

Thirdly, to never say: “I already know this, I had heard or read this before” and not have prejudice or prejudgments.

If one happens not to comprehend the topic, they should never deny or refuse the idea, but leave its evaluation and comprehension to time, without hastening to draw any conclusions. For this occurs when either one’s database is inadequate, or the person has already formed a judgment regarding this topic at an earlier time, and hence their brain is blocked to new data. In this case, the best thing one can do is remain open to all aspects of the topic as much as they can.

Let us know that most of the judgments we make deprive us from acquiring innumerous secrets pertaining to infinite universal realities.

The cocoon that forms our world of thoughts often becomes our prison rather than the means to emancipate us to infinite new dimensions!

Everything in the universe and in our world is being renewed at every instance!

“Every instance HU (the Absolute Essence of Existence) manifests Himself in yet another way.” (Quran 55:29)

This verse calls our attention to the universal renewal that is taking place at all times!

Yet we are still awaiting a Mujaddid (Reviver) to arrive swinging a sword on a horse with an army to call people to a lifestyle of centuries ago!

I probably won’t be here to see him, but if you do, know with certainty that the Mahdi Rasul is not going to call the people and the religious understanding backward to old ways, nor is he going to repeat the conception of the past! On the contrary, he is going to be an innovator, a reviver and, as Rumi says, he is going to “talk of new things today”!

Blocked brains, or like me, those who are living the last period of their life will not see this blessed person, but at least we know he is a REVIVER! According to my understanding, he has already come to earth to renew and revitalize our understanding of religion! Blessed are those who are open to this!

Those who live to see it will send me their blessings!

Whatever you do, try to cleanse your brains from fixated conditionings and blockages lest you be deprived of the universal realities called ‘Sunnatullah’!