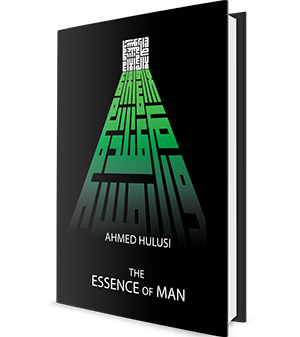 Break down the boundaries between yourself and the Rasul of Allah and reevaluate the Islam he disclosed.

Abandon the imposed concept of a God up in the heavens and get to know the One denoted by the name Allah. Familiarize yourself with the Universal System and Order known as sunnatullah, as it was taught by Muhammad (saw).

Through the secret of the letter ‘B’ encoded in the Quran, manifest the forces and qualities from the depths of your essence. Leave behind your current state of existence and commence life anew in the state of consciousness referred to as ‘heaven’!

Faith is an experience... not a repetition of words.

A mystical interpretation of the Quran and the nature of Islam. His interpretation appears to be that God, as explained in the Quran, is less a deity than a concept that humans can incorporate, and those who treat God as a separate being are missing the point of the religion... The details of this interpretation are explained in part through metaphor, as when the author contrasts the open-platform aspect of the Linux operating system to the closed nature of Windows; in part through advances in neuroscience and other forms of research... - Kirkus Reviews