“Hamd (the evaluation of the corporeal worlds created with His Names, as He wills) belongs to Allah!”

I can almost hear you say, “How did this interpretation come about? We’ve never heard it like this! The meaning of this verse is generally known as: ‘Praise belongs to Allah, the lord of the worlds, so let's praise only Allah, not other gods…’!”

Let me try to explain to the best of my ability…

Allah is wahid-ul ahad… That is, Allah is absolute oneness, no other existence besides Himself exists who can understand, administer, evaluate or praise Him!

As the Rasul of Allah (saw) says:

“I cannot duly praise You as You praise Yourself”

In order for someone to praise another, he must first encompass that person in every sense, then evaluate him, and then he can either praise him or criticize him.

If someone wants to praise or criticize me, for example, he must first encompass my knowledge.

I don’t mean he needs to be a graduate from this or that institution or have such and such title. I mean he has to be at a level of consciousness that encompasses the capacity of knowledge that manifests from me.

Only after this can he comprehensively and adequately evaluate my thoughts and derivations, determine whether they are correct or incorrect, praise or criticize them!

To criticize an idea that’s beyond your comprehension, without such a capacity, can be nothing other than rumor and idle chatter. 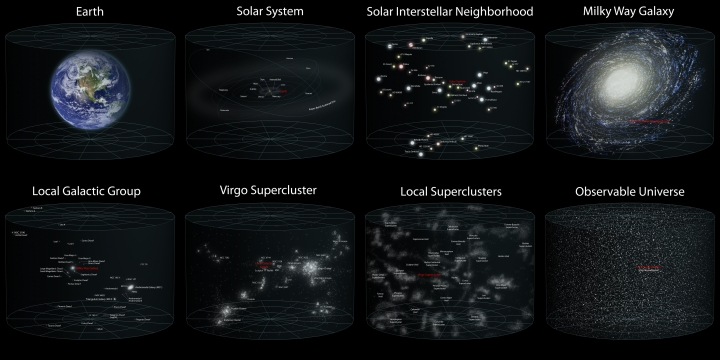 Therefore, it is neither possible for me to evaluate and appraise someone higher than me or for any form of creation to praise and evaluate Allah!

Let us contemplate with some insight…

Think of the place of a single human on earth!

Now think of his place in the sight of the Sun, which is 1 million times bigger than the Earth!

Then think of his place in the galaxy, containing billions of stars like the Sun!

And then his place in the universe comprises billions of galaxies!

Now think of Allah, the creator of all of this, plus the infinite universes that we can't perceive and of which we have no idea!

Can you comprehend it?

There is a story that Rumi narrates:

One day while Moses is on his way somewhere he hears someone talking near a tree. He curiously goes towards the tree only to see a shepherd sitting under the tree talking to himself. He wonders what he’s saying so he quietly listens. The shepherd says: “O my beautiful Allah, how I wish You were by my side right now, I would have loved You and hugged You, I would have fed You fresh milk, I would have laid You down on my lap and made You rest in the shade and I would have removed Your lice and nits…”

Obviously at this point Moses loses his patience and exclaims: “Be silent, o foolish one! How dare you think you can lay Allah down, feed Him milk, and even remove nits and lice from Him when He is the Rabb of the worlds and the possessor of absolute might and sublimity! Do you not know Allah is free from such things!?”

The poor shepherd is taken aback and frightened, “I’m so sorry, please forgive me, I didn’t know… It’s just that I love him so! I’m just a poor shepherd; my only wealth is my Allah! I sit with Him, walk with Him, eat with Him and sleep with Him! My only friend and beloved is Him! I was told He is always with me, so I took Him as my friend, that’s why I spoke like this… But I will never say such things again! So you say He’s far greater and bigger than all of this, huh!? Oh my… Now what will I do…?”

As he was walking away thinking about the state of the shepherd he heard him calling out, “Moses! Moses!” When he turned around he saw the shepherd walking on water towards him…. At this point it is revealed to Moses: “O Moses, you separated My friend from Me who had turned to Me with his whole being, who had no other thought other than Me, you built great walls between us! Immediately destroy the walls you built and unite Me with My friend again!”

Moses learnt his lesson and realized that, just as Allah manifests Himself with all His might and awe to some, to some He manifests as sincerity and purity…

So he turned to the shepherd and says, “Forget about what I told you, keep doing what you’ve been doing, turn to Him and talk to Him as you always did! He’s closer to you than you are to yourself!” 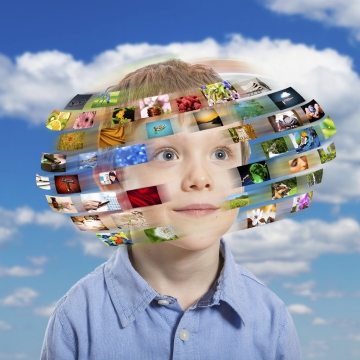 Either we’re going to praise Him like the poor shepherd or be realistic and say, “Hamd belongs to Allah, we’re impotent in this area!” and realize our ‘nothingness’ and know our place. Allah does not like the transgressors.

In short, hamd is an act that belongs to Allah. And He is free from a partner.

The Quran warns us with the first verses of the Fatiha:

“Be sound in your judgment and do not think of Him as a simple heavenly god, praising and exalting Him to win His favor. You’re impotent from duly appraising Him. Only Allah can evaluate and do hamd to Allah. What befits you is to realize your inadequacy in this area and know your place!”

We’ve also been warned by Abu Bakr (ra), whose degree in the sight of the Rasul is well known:

The ultimate truth Islam underlines is that the only absolute existence is the infinite limitless Oneness, and nothing exists besides It!

Everything that we perceive and that is perceived by all forms of creation is assumed compositions of the meanings of His Names.

This being the case, one is left with nothing else to say other than, “Hamd belongs to Allah,” which, as the qualified would know, is quite a noble state!

It is the state of observing Allah with Him from your state of nothingness!

Yes, hamd belongs to Allah, it is His right, only He can do hamd, it is under Allah’s administration, only He can evaluate, because only Allah exists, there is nothing other than Him in existence… He who knows this knows this, he who doesn’t, knows nothing!

Moving on to the next phrase:

The word Rabb essentially means ‘tame’, here it’s been used as ‘the one who tames’ and the act of taming is known as ‘Rububiyyah’…

Rabb is one who prepares, develops and matures all forms of creation to ensure they actualize their creational purpose. In short, it is the one who manifests the forms at their current state.

Everything we can or can’t perceive is created and continues its existence with the Names of Allah – which is the very taming of the Rabb.

This is established with the verse:

“There is no animate being that He does not hold (program with the Name Fatir) by its forehead (brain) (i.e. subjugate to His command).”[1]

Thus, every perceivable and unperceivable thing is forever subject to His knowledge and administration, and continues its existence and acts with His power.

As for ‘the worlds’…

Every unit (note that I’m saying ‘unit’ not human, angel, jinn or animal, etc.) perceives its own dimension; this is its ‘world’! In this light, it's correct to say every unit is itself a world! For everything that is perceived is no other than a collection of images in the mind of that unit!

The things we see are images formed in our brain. When we claim to see something we are actually saying:

Electromagnetic signals coming into my brain from outside are processed according to my already existing database to form this image! The things I’m perceiving are taking these forms and images according to my mind!

But is this is the absolute truth?

Indeed, all things we perceive are various compositions of the Names of Allah, reflecting to our consciousness…

To summarize the meaning of the phrase, “Hamd belongs to the Rabb of the worlds”:

To comprehend and evaluate Allah, who creates all units as He wills and who guides them to their point of perfection in a way most suitable to their creational purpose, is not something the units can do, Hamd belongs only to Allah, the Rabb of all things!