Today I want to explain a miraculous evaluation of the most magnificent brain to have come to earth, Allah’s Rasul, Muhammad (saw).

Approximately ten years ago, I explained in Read! that a god in space did not send down a written book from heaven and that the One denoted by the name “Allah” revealed this knowledge from within the individual. That is, knowledge comes from one’s essence (quintessential reality) and is revealed to their consciousness and perceived through the command “READ” (iqra); it is the Order and System of Allah (Sunnatullah). The angelic force that becomes manifest to Nabis and Rasuls, referred to as Gabriel, will never change; this is what enables the reading of the Sunnatullah. 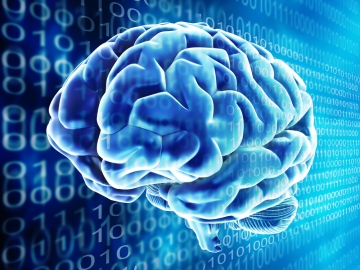 I mentioned in an earlier chapter "My Understanding of Islam" that the process of “READING” (iqra) has nothing to do with winged angels descending from God’s throne in space, but everything to do with the disclosure of certain forces (referred to as angels) in the brain that are denoted by the names of Allah. Anyone with an intellect and an ability to contemplate can discern this.

The source of the mystery is no other than the brain!

What we refer to as the “heart” is the light of faith that manifests in one’s consciousness. Those who still conceive the word heart as the organ within one’s chest should ponder on the situation of those who undergo heart surgery!

In religious terms, the brain is where the meanings denoted by the names of Allah become expressed…

This applies to all humans and humanoids.

The infinite qualities and forces referenced as the Ninety Nine Names of Allah are all expressed via the brain. The following verse elucidates this truth, pointing to the orchestration of the divine through the brain:

“There is no animate being that He does not hold (program with the Name Fatir) by its forehead (brain)(i.e. subjugate to His command)...”[1]

But today our topic is in regards to a particular force within the human brain.

Muhammad (saw), the Rasul of Allah, the most magnificent brain to have ever become manifest on earth, has repeatedly pointed to the force in the human brain called “prayer” or “supplication”, recommending and encouraging its use at every opportunity.

I expounded in detail the mechanism of prayer in The Power of Prayer, which you can read online at https://www.ahmedhulusi.org/en/book/the-power-of-prayer

I explained there how the brain produces and emanates brain waves, directed and channeled towards the particular outcome requested in one’s prayer. In other words, prayer activates and expresses the divine forces in the brain, just as “dhikr” enhances and activates the meaning referenced by that particular name, rather than invoking a god out in space.

Let us now move on to our next point, a mandatory practice in Islam called wudu, or ablution.

In The Mystery of Man, which I penned in 1986, I had written about ablution as a means to neutralize bioelectrical energy, rather than to worship a god. Hence in the absence of water one can reach the same outcome via “tayammum”; rubbing dirt on our body, that is, using soil to neutralize static energy that exerts pressure and stress on the brain. But of course being raised with a mentality based on imitation, many had objected, arguing that ablution was about worshipping a god, oblivious of whether it had scientific basis or not, as this was not their concern.

This magnificent being, Muhammad (saw) the Rasul of Allah, used to pray whilst making ablution and he advised others to also do the same…

So we can show the god in space that we’re good servants as we’re following the recommendations of his appointed prophet?

Or for another reason altogether…?

When one prays while performing ablution he is in effect changing and ionizing the water crystals with his brain waves and allowing healthy, positive water ions to enter into his body. This also applies to reciting the Basmalah before drinking or eating.  It’s a way of channeling brain waves to that particular food or drink to reprogram it in a healthful constructive way.

Lead melting (the practice of melting lead and pouring it into cold water over someone’s head), for example, is not a religious ritual to cast away evil eye or remove a curse, it is rather a way of clearing accumulated static energy in one’s head by allowing the melted lead to absorb and discharge this distressing energy. 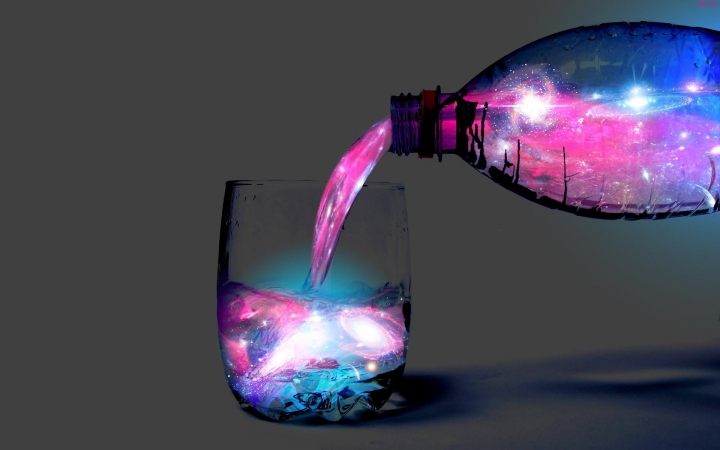 Obviously it’s difficult for those whose comprehension is reduced to their eyes and who are completely unaware of modern scientific findings, to discern realities beyond their sense of sight, but the world is rapidly advancing and many truths are being undeniably brought to light.

Water crystals for instance, take shape and form based on the thoughts of a person! This can be clearly observed under a microscope. The brain waves of a person, whether he is conscious of them or not, are constantly modifying and shaping not only water crystals per se but organisms who are mostly composed of water (including us!) Hence the verse asserts:

“Whether you show what is within your consciousness (your thoughts) or conceal it, Allah will bring you to account for it…”[2]

You can read about the effects of thoughts and words on water from the following links:

So let’s think about this topic a little more seriously… Praying while taking ablution, that is, programming and changing the water crystals with your thoughts and wishes and absorbing those crystals into your body through osmosis… Or in religious terms, “to read to the water”…

Think about it, the human body is comprised of 80% water. Can you imagine the profound effect our thoughts have on ourselves and on each other?

Just the fact that such knowledge was revealed by a sublime being who lived in the middle of a desert some 1400 years ago amongst people who couldn’t possibly imagine the information of modern times is a miracle in itself. Yet those who choose to suffice with simply ‘believing’ without research or due evaluation of this invaluable knowledge can’t see anything beyond the tag ‘beloved prophet’, neither in this world nor in the hereafter. For “those who are blind in this world will also be blind in the next world”!

Due evaluation of this valuable knowledge can only be possible after discerning His teachings. The Rasul of Allah (saw) has made many miraculous appraisements and determinations based on the System and Order of Allah, the Sunnatullah, which he “Read” and experienced. However, given the restricting conditions of those times, he could not explain them in detail and had to suffice with metaphors and symbols and simple “do/don’t” statements.

If we’re not of the imitators, those who live without thinking, then it is our duty to try and decode and understand everything the Rasul (saw) said and done.

This is all I can decipher with the level of today’s science. I’m sure the future generations will have even greater insight and a much deeper appreciation of his magnificence.

Lastly, let us not forget, neither the One denoted by the name Allah, nor His Rasul (saw) are in need of any of our practices. Our practices are solely for our own sake, for us to fulfill our servitude to Allah. Whatever practice is carried out by whomever, is to build and beautify their own future. This is what it means to say “worship should be done only for the purpose of servitude” as opposed to deifying and worshipping a god outside. That is, one should engage in worship to activate and manifest the forces and qualities referenced by Allah’s names within themselves by directing their brain waves and thereby building a firm and happy foundation for their future life.

Man can only appreciate the value of the Rasul of Allah (saw) and attain closeness to him to the degree he thinks, questions and discerns the importance of the realities revealed by him.