I want to continue the topic of sunnatullah in this chapter to ensure it is well understood and to eradicate the illusion ‘God is the father, the Rasul is the father’ completely. For if we continue viewing these magnificent supremacies with a simplistic approach and treat them akin to the elders of our family the extent of truth from which we will be curtained cannot even be imagined! But no matter what we write and how much we stress the importance of this topic, it is difficult for people to abandon the religious understanding they have constructed in their imagination and to adopt the universal realities that are being revealed to them!

I wonder what I have to do… If I write the things from the past they say “these are things we know”. If I write new things they say “we have never heard such things, where are you making this up from?” I just don’t know what to do…

But there is one thing I know for sure, and that is our lack of knowledge and understanding of the words ‘Allah’ and ‘Rasulullah’… We simply use these words and concepts without ever pondering on what they actually mean!

In the same light, we say:

“To comprehend and encompass Muhammad Mustapha (saw), the most profound miracle of the One denoted by the name Allah on earth, will only be the comprehension of our inadequacy to do so!” 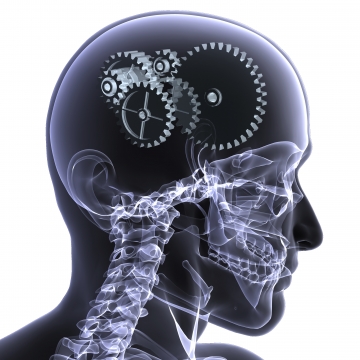 For, since we cannot be him, we can never fully understand and decipher what he observed and experienced. Thus, we have no choice but to bow in respect and try our utmost best to comprehend his teachings.

Labels such as ‘messenger’ denote meanings like ‘God’s postman,’ which imply an inadequate understanding of the Rasul of Allah and the One who is indicated by the name ‘Allah’. Such words reveal illogical assumptions resulting from transgressing one’s place.

Muhammad (saw) was a ‘Hanif’ in his youth, that is, he refused the concept of godhood, and later, with his Risalah, he believed in and advocated only the One denoted by the name Allah, warning people with the universal truth:

“Do not make [up in your mind] another deity besides Allah (do not deify your illusory selves)! Lest you find yourself disgraced and forsaken (as a result of your shirq, dualistic understanding, you will be confined to the limits of your ego rather than manifesting the infinite potential of your essence).”(Quran 17:22)

This is because the god concept directs one’s attention to the outside world, depriving them from the reality in their own essence, which naturally results in a hellish state of existence.

Sunnatullah necessitates that when one denies someone, they become curtained from everything pertaining to that one, and they will pass on to the next dimension in this veiled state!

Having stressed this point, let us now talk about what it means to comply with the Rasul of Allah…

As long as these people do not recognize the qualities and function with which the servant and Rasul of Allah, Muhammad Mustapha (saw), has been created, they will continue their nonsensical judgments, and suffer great disappointment in the end.

The Rasul of Allah (saw) prioritized his life around his primary function as the honored caliphate and did not concern himself with trivial matters related to the way people dressed and lived their daily lives! These things have no significance in respect to the magnificent ‘caliphate’ attribute offered to man…

It is so sad that while our utmost concern should be to observe the Names of Allah within our essence, getting to know our Rabb (essential reality), activating our essential (Rabbani) qualities and implementing them into our lives, observing the sunnatullah and the infinitely various ways in which it becomes manifest in our perceived universe, we are instead concerned with clothes and beards!

The Rasul of Allah (saw) merely showed his respect to the customs and traditions of the Qurayshi people and thus complied with them; not because they held any significance to him but because he did not want to disrespect his community. What kind of a mentality advocates these customs as the sunnah of Rasulullah? If such people cannot break out of their cocoons and attain insight into the actual reality, they will forever be deprived of the perfection of caliphate that Rasulullah (saw) wanted people to activate and implement in their eternal lives. Fruitless will be their end…

“Nor does he speak from his own inclinations (imagination).” (Quran 53:3)

This verse is not only in reference to the Quran; its meaning is not limited to the verses that were revealed to him!

Even the topic about which he said “you know better than me” was said with the intention to leave people to their own accord as they did not understand what he was saying. It was not possible for the Rasul (saw) to share his knowledge on this topic. For, if he had expounded an unknown mechanism of the sunnatullah in regards to this topic, it could have been subject to misunderstanding and resulted in many misinterpretations. Hence, even this incident is a clear indication that the Rasul of Allah did not intervene with the customs and lifestyle of the Qurayshi community, as long as they did not impede with his primary purpose.

But when something held value and relevance to the sunnatullah he intervened and corrected, like for example when in regards to taking ablution, he warned: “do not splash the water but wipe your face with it” so the water can be thoroughly absorbed by the skin cells.