According to traditional narrations, there are seven levels between the Earth and the orbital area of the Moon. This makes our current place of residence seven layers underground.

That is, the layer above us is the sixth, the one above that is the fifth and so on until the Moon. This narration actually defines the layers of Earth’s atmosphere.

Beyond the atmosphere of the earth, the first heaven (in the sky) is where the Moon is, the second is the orbital area of Mercury, the third corresponds to Venus, the fourth to the Sun, the fifth to Mars, the sixth to Jupiter and the seventh to Saturn.

Then comes the galaxies and the Milky Way, generally known as the Throne (Qursi)…

Beyond the solar system, the concept of locality extends to the galactic level…

All other concepts and beings defined in religion are beyond the scope of locality on the dimensional basis!

Essentially, the word ‘cosmic’ denotes dimensionality not to reference a location in the universe or a concept pertaining to the universe.

Cosmic rays are not in regards to rays coming from space, but to the waves emitted by the beings in the dimensional depths in space, i.e. rays pertaining to the lower dimensions. Hence, the term ‘cosmic beings’ does not reference aliens or the jinn, but beings that live in the levels outside our dimension, known in religious terms as angels.

What does dimensional mean?

We only perceive an extremely limited section from an infinite array of existence as our material world based on our five senses. Our knowledge of life forms in our world compared to those outside our solar system is like a drop in the ocean!

Life forms within our solar system and our scope of perception is ‘nothing’ in respect to one higher or one lower dimension.

The Rasul of Allah (saw) says: 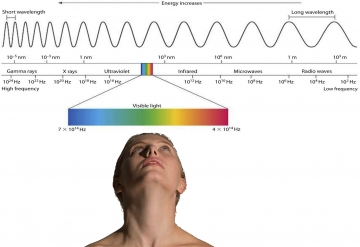 This hadith points to our place in the universe among infinite layers of existence...

If you recall, after Gabriel squeezed, Muhammad (saw) was able to perceive other dimensions and their beings.

All gnostics and intimates of reality mutually agree that the word ‘heavens’ in religious texts actually refers to the stars within the galaxies, but this can only be discerned if the concept of ‘dimensions’ is correctly understood.

All perceived paradises and their life forms are not on the physical structure of these stars, but within their dimensional depths…

Even the fact that hell is the Sun is not in terms of its physical structure, but in respect to the lower dimension in which past spirits and the jinn reside.

The perceiving of hell and its tenants by the people of hell while in their graves, as established through various hadith, is also due to perceiving the Sun from the realm of the spirit.

Surely, before us, countless enlightened ones have observed these realities, which we’ve had the privilege to observe as the bounty (lutuf) of Allah.

However, because the concept of dimensions was not known in the past, their observations and interactions with the other dimensions have been narrated symbolically and thus conceived as though it took place somewhere in space.

My advice to someone who wants to develop himself is, “Even if you don’t understand, at least don’t deny!”

Just as we can’t perceive the jinn, the martyrs or the spirits of saints around us even though they share our world with us, we are unable to perceive the paradises and their life forms on other stars because they are in other dimensions within those stars, yet out of ignorance and prejudgment we deny their existence altogether. The same thing applies to the Sun, which in reality is hell.

Having explained the concept of ‘worlds’ as the different dimensions of existence, let us now move on to the topic of ‘lawhi mahfuz’ and ‘angels’…

From the dimension of pure consciousness, which encompasses the meaning denoted by the word ‘energy’, to the dimension of what we perceive to be matter and even higher matter, every dimension has a unique structure and conscious life forms…

Every segment of existence, from the micro cosmos to the macro cosmos is a conscious segment of life, and each of them is perceived by its own life forms and those of one higher dimension.

Lawh al-mahfuz is the dimension of divine decree and fate pertaining to the Name compositions that constitute the world of multiplicity. It is the level of knowledge and consciousness; the manifestation of Allah’s knowledge and ruling in the world of acts.

Everything that pertains to the world of multiplicity has been formed by the particulars of this level.

Nothing that is recorded and inscribed here is subject to change!

The source of creation of all angels and life forms in the dimensions beneath us and up to us is derived from here.

Since Allah isn’t a god in space who sends orders and commands, everything in the universe is formed through causality.

If we perceive the cause, rather than the ‘causer of the cause,’ we will inevitably accredit the seeming cause and claim, “it was because of this thing, or that person” rather than saying, “It was Allah who gave and Allah who took”… 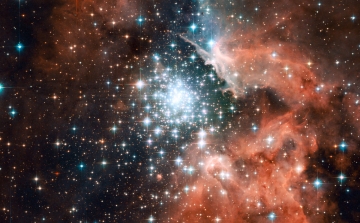 “Allah is free (ghani) from the worlds.” That is, Allah is free from ‘doing’ and ‘causing’, all such expressions are metaphoric! Yet, on the other hand, no matter which name is used, the one is who is named is always one of His Name compositions. Thus, every action resulting from every unit of existence is tied to him via a rope of wisdom, as there is nothing else in existence other than Him!

In this light, the essence of the angel Gabriel is no other than the One, his meaning is a Name composition and his structure is ‘nur’ or energy!

Because he’s a conscious energy being, he can choose to appear in any form he desires depending on the meaning he wants to transmit to the person via radial impulses.

All but one form of Gabriel’s appearances are those that he wants perceived. In terms of his origin, he’s an abstract being free of a form.

As such, the angel Michael, responsible for the distribution of sustenance, and Azrael, responsible for death and transformation, and Ishmael, whose task is in regards to the angels who are formed by the deeds of the people, are all comprised of ‘nur’, they are power + consciousness beings. They all fulfill their duties via reading the lawh al-mahfuz.

Gabriel, whose job is to direct those who are chosen as Nabi, has read the lawh al-mahfuz once and then notified Muhammad (saw) gradually.

How did notification begin and why?

Notification commenced with the first verses of the chapter Alaq and the experience of squeezing... But why was this necessary? Why did Gabriel squeeze Muhammad (saw)?