Actually, there is a significant difference.

Let us expand on this a little more…

Man enters paradise with faith, but faith in what?

Faith in the Rabb of the worlds!

I wrote a lot on having faith in Allah based on the denotation of the mystery of the letter B. Let us now explore what it means to have faith in the Rabb of the worlds, and how it is done, for this is what holds the key to Paradise! 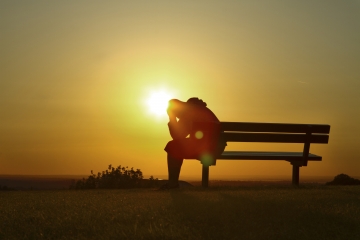 Knowing one’s self requires the recognition and the deciphering of the mystery of the letter B. Thereby, one who knows his essential self will know his Rabb. This is the first station, also called Sayr al-Anfusi (The recognition of the individual realities or the path of the inward journey). This recognition is what allows one to experience his “Inspired Self” state. Many thinks this is the final station. But alas! This is only the beginning!

One who reaches this station assumes to be ‘the One’ and believes all his actions are legitimate. If he doesn’t duly undergo a purification process and become cleansed of the notion of being a separate individual he will become like the Pharaoh! If after this station he fails to move on to the next station, Sayr al-Afaqi (objective external observation of the universal realities), he will forever suffer in a state of hell. Suffering and burning will only end when one can achieve objective external observation of the universal realities, and this can only be done by having faith in the Rabb of the worlds.

So, what does this mean?

One who understands the mystery of the letter B will understand that his being is the very Being of the One, but he may still be veiled from the Rabb of the worlds, which will cause him to be veiled from the truth that everyone and everything around him is at the effect and control of the Rabb of the worlds. As a result, he will expect others to confine to him and be like him, rather than just accepting them the way they are. In other words, not realizing that they are not left to their own devices, he will expect them to stop serving their own Rabb and start serving his Rabb. Whereas they have their own unique creational design and by carrying out their own programming they will be fulfilling their servitude, it’s not possible for them to be any other way!

Stress is the biggest cause of illness, but stress is simply the automatic output of a life that is lived in a state of being veiled from, and unconscious of the Rabb of the worlds.

The Rabb of the worlds creates every individual to fulfill a particular function; this is their natural servitude. It’s not possible for them not to fulfill this function.

Oil is for burning, honey is for eating! Each have their own purpose and role, and none can be like the other. A dung beetle is happy feeding upon and rolling and breeding in animal excrement, just as a honeybee is happy delving into roses and beautiful flowers to drink their nectar!

If you make a dung beetle live amongst roses or stick a honeybee into dung then clearly you don’t know anything about the Rabb of the worlds. Of course, not everybody has to know!

If by looking at their function you can’t discern the purpose for which their Rabb created others, you will try to force them to confine to your own Rabb, hence you will do wrong by them, you will be of the wrongdoers.

Thus you will enkindle the fire of your hell, and enter the gate of illness, which is one of the big flames of hell. For, when you expect and insist on something that isn’t possible you’re eventually going to feel upset and angry, and your persistence is going to cause you to become stressed out, and too much stress is inevitably going to cause you to burn out, suffer and become ill.

If you become aware of this truth and really discern it, the fire that’s causing you to burn will extinguish and you will become freed of your hell.

Realize that you are not the Rabb of the worlds and you can never be!

Allah will not cast you into fire, you will burn yourself by denying the Rabb of the worlds.

Let’s discern well that the Rabb of the worlds has created every individual with a specific and unique function. Do not force another to fulfill your function if you don’t want to suffer and become ill. Stress and sorrow are the underlying causes of almost all ailments, along with denial of the Rabb of the worlds of course. They only lead to suffering and burning in one’s very own hell. If you’ve read the Quran and “READ” about how even the Nabis could not be of any benefit to their own wives and children, that they could not change their creational programming, surely you would free yourself from your hell. 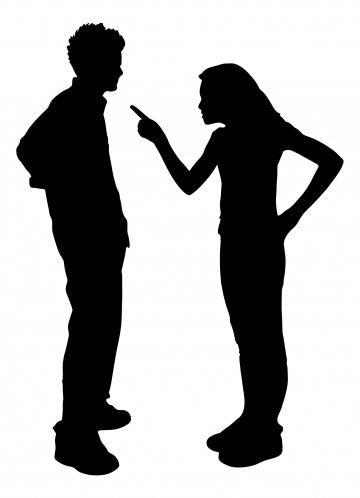 Nobody has the power to change any unit of existence designed by the Rabb of the worlds to fulfill a specific and unique function.

The Quran isn’t a book filled with stories of the past, it is a book that explains the mechanics of the system, whether it be through examples or with metaphors, for those who can READ.

According to the Quran, each individual is created to manifest the meanings denoted by the names of Allah that comprise their being, in other words, their Rabb. They don’t have the option to not perform this function!

You can choose to not associate with those whose programs don’t work well with yours. But never make the mistake of trying to change their program. If you do, you’ll only find yourself in your hell. For you can never change the creational program of another individual, none has such power.

You can only advise the Truth, but you have no authority to enforce anything upon anyone! If you attempt to do so, the result will only be frustration and disappointment. And when you realize the value of what you have lost, it will be way too late to make amends.

Those who have faith in the Rabb of the worlds (the One who creates every unit of existence with a specific program) have nothing to fear, nor anything to grieve over. They will enter Paradise with a contented consciousness, satisfied and pleased.

Finding a way out of your hell isn’t about knowing your self, it’s all about having faith in the Rabb of the worlds.