We look at the way some people speak and act and say ‘he’s like a saint!’ Then it turns out he passed to the next plane of existence void of faith. This fascinates us. How can a man whose knowledge and behavior convinces us of its saint-like qualities, die as an unbeliever?

When I pondered this question I observed the following:

The Rasul of Allah (saw) says: “The state in which one lives is the state in which he will die, be resurrected and transit from the dimension of the grave to the place of gathering (mahshar).”

While we store all the information, conditionings and value judgments we obtain from the past and through genetic inheritance in our long-term memory, the consciousness in our short-term memory (like RAM memory) evaluates the present moment, based on the stimuli the brain receives from the body through hormones and emotions.

As needed, the short-term memory accesses the data in the long-term memory.

According to my understanding, this is critical to understanding our topic. For, while the intellect goes about its business using the short-term memory, regardless of the kind of information stored in the long-term memory, during decision-making the intellect will always be subject to the influence of bodily impulse and emotions.

Bodily stimuli and emotions, primarily triggered by hormones, pertain to the biochemical makeup of the body as a whole. 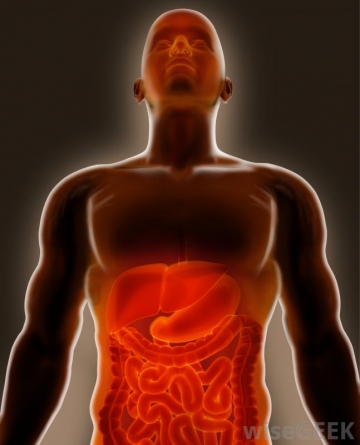 Those who are familiar with the subject will already know that too much or too little of one’s hormone production can cause significant changes and imbalances to a person’s psychology. As such, bodily stimuli, astrological influences, environmental conditionings and incorrect information play profound roles in the evaluation of data in one’s short-term memory. Oblivious of correct or incorrect data that may be stored in the long-term memory; these can instigate contrary behavior and result in incorrect evaluation and applications.

My personal understanding is that an unhealthy liver leads to a sequence of imbalances in one’s metabolic and biochemical makeup, which is then reflected to the brain, causing the intellect to make incorrect judgments and interpretations in the short-term memory. As such, anything that may be harmful to the liver should be avoided in order to maintain a healthy thought system and a healthy brain.

If the individual consciousness denoted by the word ‘nafs’, i.e. self (not the body), can align its existence according to the truthful data in the long-term memory, despite the bombardment of astrological influences, bodily stimuli and emotions, its life will flourish both in this world and the next. This can only happen if they ‘tame their nafs (self)’ by purifying themself with the practices of Sufism and the knowledge of Islam. On the contrary, they will have a troublesome time not only in this world but also in the next.

Originally, salat was offered as 40 times a day, and then eventually reduced to five. Why five?

The Rasul of Allah, Muhammad Mustapha (saw), who had the clearest comprehension and understanding of the Quran, always prayed five times a day; he and his followers performed salat throughout their whole lives. The implication of this is that salat is something that is lived and experienced rather than performed.

Let us be mindful of the warning “woe to those who are unaware of the salat they perform”. That is, as the saying goes, “Salat cannot be done without the Fatiha”; the person must ponder on and experience the meaning of the verses they recite during salat. This contemplation is what allows them to enter the essence of salat. Through this meditative contemplation the person realizes their body is only a temporary means of transport for them, and that they are a ‘vicegerent’ endowed with ‘divine’ potentials that need to be discovered and actualized from their dormant potential state before making the transition to the afterlife. 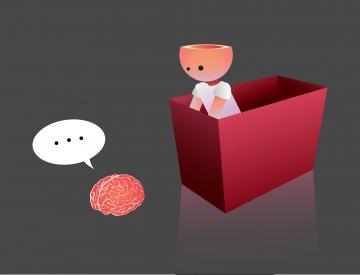 This realization and remembrance shapes the intellectual activity in the short-term memory and drives one’s life in the direction of this newly obtained data, for a particular period of time. During waking hours, this period is sectioned into five. As such, depending on the person’s short-term memory performance, they spend their lifetime in ‘faith’, until the next time!

In fact, salat is not limited to a period of time, rather every period has its own salat.

One may read religious teachings word by word, memorize the Sufi way and store it in long-term memory such that it can be retrieved whenever it is needed, just like a computer. Thereby, they may appear to be ‘saint-like’, yet in reality be no more than a philosopher!

If, during their evaluation of the present moment, their consciousness does not prevent them from becoming captivated by their bodily impulses, or if their emotions cause them to display contrary behavior to their logic, intellect and the ‘knowledge of faith’ stored in their long-term memory, this will lead them to become blinded and act oblivious to the realities of faith. For such a ‘faithless’ person, ‘tasting’ death will not even be an option! They will die and be resurrected as an ‘unbeliever.’

Therefore, yielding to physical impulses and emotions and behaving adversely to the intellect is a clear implication that one does not have faith in having an immaterial existence created to live eternally beyond death. Such a person’s experience of death will concur with the ‘faithless’ state in their short-term memory, regardless of how many people feel drawn to their knowledge and speech, and attribute saint-like behavior to them.

This is a very comprehensive topic; I only shared the general outline of my understanding of it. Further contemplation will most assuredly assist in discovering much more…

Do we ever ponder how much high cholesterol and hormonal imbalances can affect our brain performance and psychology?

Do we think about how metabolic imbalance caused by consuming things that are harmful to our liver, disrupts our brain’s biochemical energy, resulting in psychological disorder?

As I said, this is a very elaborate topic. Man’s current level of knowledge in this area is like performing brain surgery with an axe!

Abstaining from things that are detrimental to our brain, liver and hormonal balance will perhaps bring about unimagined fortune to us in the hereafter…

Let us now ponder on this…