There is a popular phrase in Turkish that goes “The man has an ego the size of a mountain!” The word mountain obviously connotes enormity.

Ego, ‘I’ness, selfhood all denote the same meaning. They all refer to the identity; they all refer to ‘I’! The ego is a mountain of such enormity that it overshadows most other mountains!

Another such phrase is “The sin of ego has overshadowed you the way a mountain would” though this carries a slightly different meaning; it signifies the deification of one’s own consciousness, the acceptance of one’s ‘self’ as separate from the one that is referred to by the name Allah.

There is an important warning in the Book revealed to the Rasul of Allah (saw), in the last three verses of chapter al-Hashr, addressing especially this topic:

“Had We revealed this Qur'an (this truth) upon a mountain (the ego) you would have seen it humbled and shattered to pieces in awe of Allah (the realization of the nothingness of his ego or seeming ‘self’ in respect to the One denoted by the name Allah). And these examples (symbolic language) We present to mankind so that they will contemplate.” (Quran 59:21)

Please don’t say “You see? This just shows that the Quran is such an exalted book that, if it were to descend upon a mountain, the mountain would have ruptured, but man isn’t aware of this”!

This verse isn’t talking about a literal book and mountain! Only those who haven’t yet cleansed themselves from the misconception of an external deity-god can perceive this verse so literally! 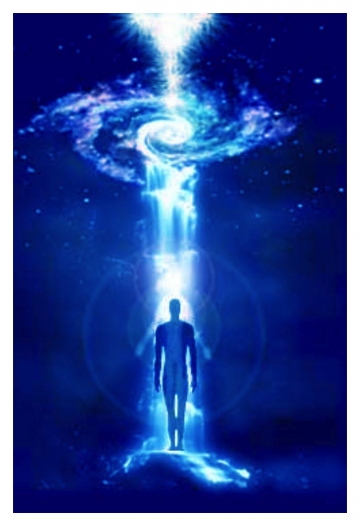 My understanding of this verse is as I wrote it above. And I am concerned about the truth mentioned in this verse, the powerful truth that, once it is comprehended, causes man’s consciousness to be awe-struck, and shatters and wipes away even the biggest of egos!

What can this truth be? How can we attain it?

Allah, who is an absolute unknown in terms of His Absolute Essence (dhat), has created infinite forms of creation, and their activities, by manifesting the structural qualities denoted by His Names and Attributes, through the function of Rububiyyah!

‘You’ in this verse is a reference to your Names, i.e. your intrinsic qualities, in the sight of the enlightened ones. Anything that has a name, form or concept is essentially a compositional manifestation of His Names and Attributes, in the world of acts.

At every instance every unit of existence is Hayy (alive) and Qayyum (subsisting) with Him! Every activity expressed through every individual is a unique composition of His Names.

Since this is the case… When we refer to a quality pertaining to an individual we are actually referring to the Names that are manifesting in the dimension of acts, or the realm of activity.

Then let us realize that the same levels and dimensions are involved in the creation of every individual. Existence, with all its strata, is contained in all creation. Whether one uses religious allegory or scientific terminology, it is the same truth that is attenuated. A dimension in one exists in all! Their difference is in their manifestation… Thus, Rasulullah’s (saw) teaching “the part mirrors the whole” is not merely a key to a palace of secrets but it is the master key! It is the master key that opens not only the doors into the palace but all of the doors to the treasury rooms inside the palace too, given that it is in the hands of a qualified one.

The Rasul of Allah (saw) says: "Allah has one less than a hundred, 99 Names. Whoever discerns their meanings will go to heaven…”

The key word in this hadith is ‘discern’!

Many misinterpret this as ‘memorize’ whereas what the Rasul of Allah (saw) is advising here is to understand the meanings denoted by these names and to experience and observe their manifestations through one’s self and the rest of creation!

This naturally brings us to cleansing our self from the ‘I’ness and adorning ourselves with the attributes of Allah!

Conspicuously, at this level of awareness, even an ego the size of a mountain will be shattered to smithereens!

Allah is al-Baqi! From pre-eternity, to post-eternity! There is no instance of inexistence pertaining to Him; He is the ever living one!

Notice the hadith above, where Rasulullah (saw) says: “Whoever discerns these Names will go to heaven” but he doesn’t specify this event will take place ‘after Doomsday’! In other words, going to heaven, is a metaphor for the bliss and happiness one can feel when one can understand the meanings of these names and identify their expressions through themself, as opposed to a hellish state of existence one endures through various pain and suffering!

To believe is to have faith in your reality (the unknown). To deny is to cover up and refuse to realize one’s essential reality! For, what is pertinent to the ‘reality’ is the meanings that are denoted by His names and attributes.

In regards to the last three verses of chapter al-Hashr, the Rasul of Allah (saw) says: “Whoever recites the last three verses of chapter al-Hashr after reciting ‘Audhu Billahis sami’al aleemi minash shaytanir rajeem’ in the morning, Allah will assign 70 thousand angels (forces) to him, who will send salawat to him until the day ends. If he dies that day, he will die as a martyr (not staged martyrdom! One who gives up his corporeality at the expense of death for the sake of Allah…). And it is the same for whoever reads these at night (the effects will last till morning).” 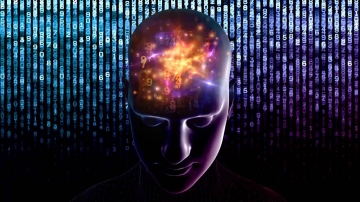 So, what exactly is signified by these verses, which are so important to read, and which leave the mind in awe and, when comprehended, shatter the ego to pieces?

Why has the importance of their meaning been attenuated?

My understanding of these verses is:

HU is Allah, other than whom there is no deity (as HU is the inner essence of the reality of everything that is perceived).

The absolute Knower of the unknown and the witnessed!

HU is ar-Rahman (the potential of the source of the entire creation; the quantum potential encompassing all of the qualities of the Names),

Ar-Rahim (the One who manifests the infinite qualities denoted by the Names and experiences the world of acts with and through their observation),

HU is Allah, other than whom there is no deity (as HU is the inner essence of the reality of everything that is perceived),

HU is al-Malik (the Sovereign One who manifests His Names as he wishes and governs them in the world of acts as He pleases. The one who has providence over all things),

Al-Quddus (the One who is free and beyond being defined, conditioned and limited by His manifest qualities and concepts!),

As-Salam (the One who enables a state of emancipation from the conditions of nature and bodily life and endows the experience of ‘certainty’ (yakeen)),

Al-Mumin (the One who enables faith and guides individuals to observe their reality),

Al-Muhaymin (the One who observes and protects),

Al-Aziz (the One whose will to do as He likes, nothing can oppose),

Al-Jabbar (the One whose will is compelling),

Al-Mutakkkabir (the One to whom the word ‘I’ exclusively belongs. Absolute ‘I’ness belongs only to Him),

Allah is Subhan (exalted and absolutely pure from the god concepts they associate with Him!),

HU is al-Khaliq (the ONE Absolute Creator! The One who brings individuals into existence from nothingness with His Names!),

Al-Bari (the One who fashions all of creation (from micro to macro) with unique functions and designs yet all in conformity with the whole),

Al-Musawwir (the fashioner of forms. The One who exhibits ‘meanings’ as ‘forms’ and devises the mechanism in the perceiver to perceive them),

To Him belongs the beautiful Names.

Whatever is in the heavens and earth extol (tasbih) Allah (by manifesting the qualities of the names comprising their essence, i.e. by actualizing their servitude),

HU is al-Aziz (the One whose will to do as He likes, nothing can oppose),

Al-Hakim  (the One whose power of knowledge appears under the guise of ‘causes’, hence creating causality and leading to the perception of multiplicity). (Quran 59:22-24)

Indeed, there are profound depths of knowledge contained in these verses, but here I tried to outline only some of the meanings specifically relevant to the unity of Allah.

Salam to those brains with the capacity to contemplate beyond these meanings…!

HU is the reality and essence, the Rabb, Malik and Ilah (the dimension of Uluhiyyah, or the Names and Attributes)!

HU is the actual SELF beneath the guise of the illusory self!

HU is the One, when failed to be recognized, leads to suffering and burning in a hellish state of existence!

HU comprises the essence of all beings, but if one fails to discern this they begin to worship deities postulated in their imagination and end up miserable!

HU is the One you can find in your own depths rather than in the skies!

HU is the essential reality of everything you perceive!

HU is the One, when recognized, will enable you to experience your ‘nothingness’ and ‘inexistence’ (zero point)!

HU is the One who, when man ‘was a thing not worth mentioning’, brought man into existence with His own structural, compositional qualities, who allows man to feel his ‘nothingness’ and enables him to live with this consciousness, and who will subdue man to eternal hell is he fails to live up to this reality!

HU is the One teaching you the secret to shatter your ego… If one consciously chooses to oversee this reality, then HU will make you blind to it altogether!

Come, my friend… Do not dissipate your mental energy on things that will have no benefit to you when death wakes you up and invites you to leave this world and all its belongings behind…

Do something for your eternal life!

Make some time to understand the Book of Secrets, the Quran, that has been disclosed to teach you about your own reality!

Think about what the Rasul of Allah (saw) brought to you, and why he has done so…

Remorse will be useless; you will never obtain this opportunity again!

If you fail to evaluate the knowledge contained in the Magnificent Book, the knowledge revealed about ‘you’ in the absence of you, and Muhammad Mustapha, the Rasul and the final Nabi of Allah (saw), your end will be loss and disappointment alone!

For, when you change dimensions through death… You are going to see that…

The God you assumed existed… Was never true!