While the titular Muslims, who haven’t succeeded in comprehending the reality of the phenomenon of religion, and think of it as the commands of a distant God, squander their lives with shallow and formalist mentalities; they are utterly unaware of all the activities of the Reviver of their time!

Here is a summary of my understanding of the Reviver’s purpose and function:

The Reviver, who (according to Imam Rabbani, Said Nursi and Kushadali) has commenced his duty between the Hijri years 1400-1410 (Gregorian 1970-1989), has already instigated an unmatched renewal in every area in the world…

Preceding Revivers, similar to Nabis and Rasuls that came to specific tribes or nations, served to correct the misconceptions pertaining to faith related issues of classical religious understanding…

The Reviver of our time, on the other hand, is here to serve as the representative of the Rasul of Allah (saw) and, hence, to address the whole of humanity, renewing and regenerating the lives and values of everyone and revitalizing the concept of religion, universally. 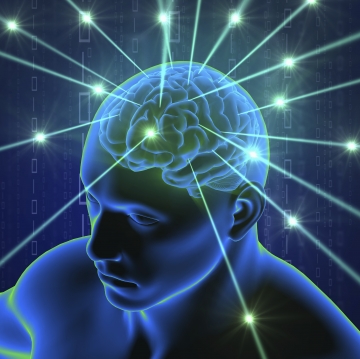 Despite the obliviousness of the great majority, the regenerative waves he has been emanating to the world since the 80s are being perceived by the brains that are receptive to that frequency and processed according to their natural disposition (fitrah) to produce various outcomes…

Some such receivers around the world, from Turkey to the United States, from South Africa to the Muslims in the East, have even thought they are the ‘Mahdi’ or ‘custodian or ‘Reviver’ and have consciously or inadvertently implied this to their surroundings. However, such people have nothing to do with the kind of revitalization I am referring to.

The true Reviver is not even known by the saints of our time! For he is concealed under the veil of Allah; only a portion of his activities can be recognized.

What matters for me is to recognize his activity and function and see what he has to offer, rather than knowing who he is.

As far as I’m aware, he is already serving humanity to reveal the light of Muhammad (saw), and anyone who receives the waves he emits is actively dispelling the clouds in between and directing people to the Rasul of Allah (saw) and the Quran.

The Muhammadan way is to share what you have unrequitedly, not to make profit! Hence, the receivers of his waves, whatever their religious or cultural background may be, share their knowledge to guide people to this reality without expecting any return!
Here is an example from the world of technology:

Many of my readers are probably not even aware of this system.

Linux is an operating system, developed as an alternative to Microsoft’s Windows. Windows is a system symbolic of that which is left from our ancestors, full of bugs that need constant fixing and updating. Linux on the other hand, has only been around since the early 90s and was developed with the knowledge and research of its developers and presented to the community for free.

Windows works only on computers that run on Intel or AMD platforms, just like the limited brains that only operate with the conditionings and indoctrinations of the ‘Quran courses’ and ‘Religious Institutions’!

Linux is platform free! It operates on all platforms from Apple, Amiga and Sun Sparc, to the world’s fastest computer IBM BlueGene/L and others… Just like the brains that are able to evaluate the knowledge imparted by the Rasul of Allah (saw) and observe the One denoted by the name Allah on the engendered existence without any restrictions!

Linux, however, can be configured and personalized by its user to suit the user’s needs and it can be used to serve many purposes. The kernel can be edited and updated by anyone. There are no limits on the number of users and its code is open to be examined, edited and personalized by everyone, so long as the user has enough coding knowledge. Even if the user doesn’t possess sufficient knowledge, he can ask someone else to do it for him, and then share this new code with the community. There are no copyright restrictions on the system; it is openly available to the public in every version. 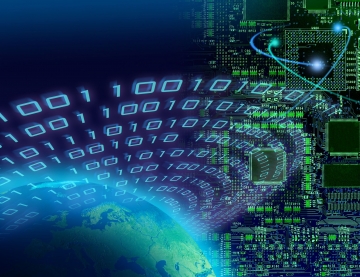 One must pay money to obtain Windows (just like the institutionalized religious schools and courses). Linux, however, is a gift to humanity. It is free knowledge, shared with the community unrequitedly; it is not owned or copyright restricted. You do not need to make any payments to anyone to obtain and use this system.

Windows offers no options to its users; one does not have the right to question or ponder the system. You must accept it unconditionally, and once you do you no longer need to use your brain to develop it, it is a fixed code.

With Linux, on the other hand, you have the right to question the code, search the code and, if need be, develop and change the code. And you do not have to give account to anyone, the only condition is to not restrict copyright on your version and share it freely with the community.

To survive on the Windows platform you must be a servant to the system.

In the Linux system, however, everyone is free, everyone draws their own path and faces their own consequences!

Windows is the easy way out, with a few clicks one can use the system and, without having to put further thought into it, one can continue using the system imitating the same few clicks here and there to achieve ‘satisfactory’ results!

The Linux environment, however, encourages innovation and newness, it encourages contribution and sharing.

Windows resembles the traditional Muslim understanding based on conditioning and imitation.

Linux signifies the original system of the Rasul and final Nabi of Allah (saw) who encouraged people to question and research. It represents a one-on-one association with the Rasul of Allah (saw)! It is a system for individuals who seek to discover everything within themselves and who do not put mediators between themselves and Allah.

So, through an example of how it manifests in the computer world, I tried to illustrate my understanding of the innovation the Reviver of our time brings to this world.

Think about how this system is concealed yet so effective. Many people haven’t even heard of it, yet have been benefiting from it without even being aware… Many confine the computer world to the Windows operating system alone and observe ‘innovation’ only as much as Windows allows them to.

This is how the Reviver is concealed!

Who knows if I’ll live long enough to see the new waves, new understandings and innovations the Reviver brings. Or perhaps I already have and I don’t know!

In short, we need to cleanse and refresh our understanding of the Reviver and stop anticipating a Mahdi with a sword or a preacher of religion, and realize he is a universal servant of Allah sent to our world, just like the Rasul of Allah (saw), and he is here to address all of the nations in the world, to invite everyone to a better understanding, a better state of existence…