There’s no use in arguing about religious matters with those who can’t read the universal system. They lack the sufficient database necessary for such debates.

On the other hand, purported Muslim ‘herders’, are becoming increasingly successful at robotizing people. Never has such robotizing occurred in the history of mankind! These impressive ‘herders’ have scored a historic victory at producing hundreds of millions of Muslim robots!

Never has such wrong been done to the most magnificent source of knowledge, the Quran, and to Muhammad (saw), the spirit of eternity and the most eminent human to have ever walked on earth.

It’d be bad enough if these perpetrators were from amongst those who deny this noble spirit, for they are neither fond of him, nor are they interested in his teachings. But alas, the very Muslims are the ones who are doing wrong by the most magnificent being who has descended as grace and mercy to the worlds… Robotized Muslims, who have no idea what they’re reciting, who unconsciously and somewhat mechanically repeat memorized words and behaviors without any conscious intellectual activity!

Stuck in such an extensive veiled state they are unaware of the weight of suffering awaiting them as a consequence! Such ‘Muslim herders’ have been programmed to ‘not think’, ‘not inquire’, ‘not research’ and to ‘not reason’; thus, has their foresight been blinded and their brain functions suspended.

While the Quran encourages the acquisition of knowledge and claims humans are the vicegerents of earth (men and women alike) and invites us to contemplate on the meanings of the metaphors it employs, the herders in question, are doing everything they can to program the people, as of childhood, to not use their brain…

Eventually these robotized Muslims do not perceive anything other than the commands and orders of their herders or programmers, as though they’ve been deeply hypnotized, they even perceive the Rasul of Allah (saw) the way their herders want them to. They cover with ‘tashbih’ (the similarity/comparability of the divine) and throw beyond with ‘tanzih’ (the incomparability of the divine)! They suffocate the people with words and phrases rather than encouraging them to explore the meanings denoted by them.

‘Knowledge’ is a key to understanding what it references, and to experience new insights through contemplation. It is not for memorizing and repeating like a burden in need of constant porting.

The Quran addresses those with an intellect, not those who live a robotized unconscious mechanic life. The magnificent source of knowledge called the Quran did not come for people to merely memorize without knowing its meaning. A simple robot can also repeat the verses of the Quran and imitate the motions of salat. What’s man’s difference?

Robotization is the loss of our generation. If only those who commit this crime knew the scary consequences awaiting them, if only they were aware of the extent of wrong they are doing to the magnificent being, the Rasul of Allah (saw) they would lose their minds!

It’s ironic how they claim to deeply love their ‘beloved prophet’ but then they outright discourage people from questioning and researching his teachings ‘lest they lose their faith (!)’ Little do they know they are losing much greater things, which they can never regain. There is no room for excuses in the system.

The meaning of “La ilaha illa Allah” according to these herders is “no god is greater than our god, our god is better than your god” and they insidiously inject this idea to the Muslims, obstructing the Rasul’s (saw) call for contemplation and covering the most magnificent source of knowledge under the guise of “god’s book of commands” and rendering it dysfunctional….

What else can I say…

The Rasul of Allah (saw) invites us to the experience of salat and instructs us, “you are the vicegerents of earth”!

While we are busy entertaining ourselves with how robots bow and prostrate, the Quran invites us to thought and contemplation, with the words of Allah’s Rasul and Nabi Abraham (pbuh):

“My Rabb, make me an establisher of salat (of those who experience the return of introspectively turning to the reality of the Names) and also from my descendants (create establishers of salat)!”[1]

Salat is the pole of religion. It is the ascension of the believer. It is a magnificent experience of consciousness. It is far beyond physical movements. Those who haven’t discerned the reality of “La ilaha illa Allah” cannot comprehend what salat actually encompasses. Those who haven’t recognized the One referenced with the name Allah can never even ponder on the meaning of the Akbariyyah of HU!

Those who have been robotized and thus whose faculty of thought has been suspended cannot say “B-ismi Allah” just as they can never recognize the Rahmanand the Rahim.

Salat isn’t salat without the Fatiha. This doesn’t mean reciting the Fatiha out loud as those who have been frightened away from using their intellect and reason in case they become “confused” think it does…. It means salat can’t be really established and experienced without contemplating on, feeling and experiencing the meaning of the Fatiha… It’s really very sad, the herders and the herded alike are missing out on the most profound experience the Quran invites us to have and passing on to the realm of eternal life with this irrecoverable deprivation and loss…

On the contrary, salat is about introspectively turning to the reality of the Names comprising one’s essence, i.e. it is to worship Allah, where worship means being conscious of and fulfilling one’s servitude. This in other words means knowing, feeling, experiencing the reality that one’s being is comprised of Allah’s Names and that essentially the ‘person’ doesn’t exist (the state of nothingness). It’s important to understand this well as hidden duality stems from here.

The chapters al-Ikhlas and al-Fatiha in the Quran contain the quintessential knowledge to enable the believer to understand and experience this truth. He who discerns and lives by this reality will discover the essence of his being and the nothingness of his “self” within the Absolute SELF and thus experience the ascension denoted by salat! 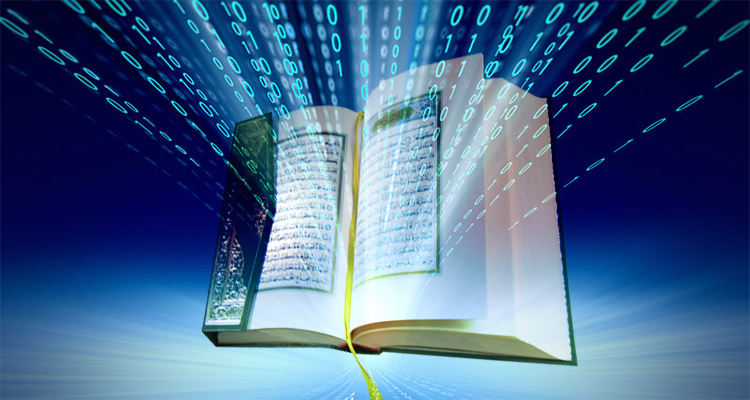 These are the doors to the infinite beautiful bounties to which the Rasul of Allah (saw) opened for us.  Those who enter may encounter beauties no eye has ever seen and no speech has ever expressed before!

Those whose foresight is blinded in this world will be blind in the hereafter. This is the inevitable truth of the system (Sunnatullah).

If Allah wishes emancipation for you, you will consider my writings well and live your life accordingly.

To be in the presence of the Divine implies duality and results in suffering and loss. To be present, or being presence itself, on the other hand, is a constant state of bliss.

Amongst the signs of not being present is gossiping, whatever its reason may be, it is always driven by the ego and the negative forces.

The signs of having reached bliss and divine grace are becoming free of the limits of the five senses, and observing the qualities of the domain of the Names via the wings of contemplation. With your physical eyes, you can observe only what you see within the visible range... How about all of the things your eyes can’t perceive, what if you could perceive and see all the other living forms and beings? And not just those in your own system or your own galaxy and universe, what if you could perceive all of the forms of consciousness within every layer of existence, from the microcosms to the macrocosms, from the sub-atomic levels to the infinite layers of higher matter….

Come my friend, whoever you are, come to the world of thought and contemplation, enter amongst the intellectual…. Stop the imitation… don’t worry about becoming confused, chaos will soon give way to cosmos…

Of course some confusion is bound to occur as knowledge comes to invalidate your years of conditioning, but if you want to become healed of cataracts and enjoy having true sight you have to let go of your fears and accept surgery… Be realistic my friend… look at all the enlightened ones who have become the intimates of the reality, whether you take as example Gaws al-azam Abdulqadir al-Jilani or Sheikh Naqshibandi or Haji Wali Bektashi or someone else to whom you give value…

All of them have stayed as far as possible from the world of the blind and tried to apply the teachings of the Rasul of Allah (saw) and the magnificent source of knowledge, the Quran, in order to be saved from being amongst the blind ones in the infinite realm of the hereafter.

Islam is not a religion of looks, it’s not about dress codes and hair scarves. The Rasul of Allah (saw) says “one belongs to the tribe to which he likens himself” and the Quran says, “Allah will not look at your appearance but to what is in your consciousness (heart)”. While the herders try to restrict and condition you to the domain of the body, awaken and become aware of the amazing life full of wonderful experiences that you’re missing out on!

May Allah ease for us the renewal of our consciousness with the realities disclosed by the most magnificent being to have ever lived on earth, his Rasul and final Nabi Muhammad Mustapha (saw).