The farmer had grown accustomed to plowing his fields with his old tractor. He had no complaints. He enjoyed his tractor so much he even performed sophisticated (!) artistic tricks with it…

One day, his son, who was an electromechanical expert, arrived from Germany with one of the latest vehicles. The old farmer was mesmerized! The vehicle worked with electronic buttons, it went on land and water, it even levitated a couple of meters to overcome obstacles!

He thought: “Easy… It’s just another vehicle like my tractor… I can use that, too…”

“I have been using a tractor for 50 years! I know perfectly well how to use a vehicle! Just give it to me and let me test drive it!”

Needless to explain what happened next. You can guess the rest…

There is no magic wand in the hands of a God in space!

Life is subject to constant renewal, and at every level will forever be so!

If this were not the case there would not be a Reviver (mujaddid) in every century.

But this isn’t our topic… Our topic is about how and by who the new expositions will be evaluated.

Allow me to give an example from myself:

On 13 September 1963, I began to employ various Islamic practices such as dhikr and salat. I must admit these initial applications were no more than imitation and were based on my limited understanding at the time. But as time went on, I continually inquired into the reason and wisdom of all these practices. I asked what, why and how? I commenced a thorough research… I began with the interpretation of the Quran by Elmalili Hamdi Yazir, then went on to the Sahih Bukhari collection of hadith, and then read other hadith books. At the beginning of 1964 I met the late Sayyid Osman Efendy of Madina, and acquired various techniques of prayer and dhikr from him.

After this I began to explore Sufism. I read almost everything from Abdulqadir Jilani and Muhyiddin Ibn Arabi to Ahmad Rufai and Abdulkareem al-Jili. I benefited and learned the views of all these eminent scholars. I applied all the spiritual techniques they advised to the best of my ability. In 1965 I had the opportunity to go to hajj (pilgrimage) and on my return I wrote my first book: Prayer.

Then I had to do my military service… In 1967, I penned my book The Great Awakening based on my views and comprehension in that particular period of time.

I began to spend my days in prayer and fasting. There were times when I observed certain spiritual diets that lasted 80–120 days, and times when I spent 4–5 days consecutively fasting (with nothing to eat or drink). There were no practices that I read about or heard of that I didn’t put into practice!

In the meantime, I was introduced to the importance of Allah’s ‘Mureed’ attribute. I saw that man’s biggest weakness was related to the deactivation of the attribute of will, which became activated in the brain with the constant repetition (dhikr) of the name Mureed. According to my understanding, the repetition of this name has an effect on the brain’s biochemistry first, then its bioelectricity, and eventually the ‘spirit’. The late Ghazali mentioned the importance of the name Mureed in many of his books. 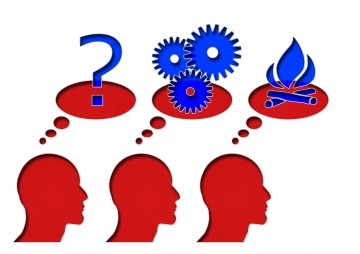 Some people began to gossip, claiming this name was a fabrication I was using to draw an audience, and that it wasn’t really one of Allah’s names because it wasn’t listed among the 99 Names. I responded to these with a smile and went on my way. For they were so ignorant as to not know that Mureed was the name of one of Allah’s Seven Essential Attributes, the attribute of will!

Whatever knowledge I have acquired in my life, I first applied it to myself and in my own life, then recommended it to those around me.

Ultimately, years of practice proved to me that the dhikr of the names ‘Mureed’, ‘Quddus’ and ‘Fattah’ has profound effects in the brain. I published these formulas in my book Prayer under the section “Special Dhikr ”.

My observations showed me that the continual dhikr of these and other Names of Allah resulted in significant changes in people in terms of their perception and comprehension. They were able to grasp and understand many mysteries to which they had no prior insight. Of course, given that their intellectual condition and natural disposition and capacity allowed them.

This was an activation of a mechanism in the brain!

It merely involved the operation of a mechanism Allah embedded in man’s brain!

I witnessed many of my Alawi or atheist acquaintances practice dhikr without ‘believing’ and achieve the same results.

Eventually, I penned some of my knowledge based on these experiences in The Power of Prayer  to share it with those who may be interested.

My new way was the repetition of these names in the brain. All the results were in relation to the meanings of these three names…

Other than dhikr, I also advise tasbih salat  and a particular salat recommended by Muhammad (saw) to his uncle. There are numerous hadith on fasting and the importance of maintaining ablution at all times. There are many verses and narrations in regards to the necessity of performing salat duly and deservedly rather than as an imitation. The consecutive fasting I practice and advise some of my close friends are not for everybody anyway. Compulsory fasting is only for the month of Ramadan. Other than that, fasting on the days of a full moon, or Mondays and Thursdays, has also been advised… Ismail Hakki Bursawi talks about those who fast consecutively for 7, 11 or 40 days but these are very eminent people. I do not think it would be appropriate for me to imitate them!

I wrote about all the compulsory prayers and their reasons in The Essential Principles of Islam. Those who may be interested in learning the wisdom behind these practices may refer to it.

My genuine intent was to explain to you that new achievements cannot occur via old and tried methods; a new attainment can only be acquired through a new technique. The old can never produce the new! 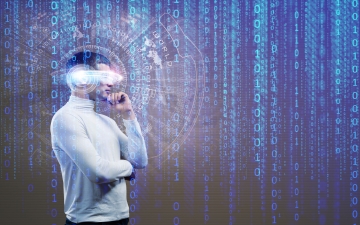 To read and talk about Sufism, even if systematically, without engaging in the prayers and other spiritual practices, cannot be considered anything more than a ‘hobby.’ It will remain only as a philosophy!

Reading and writing about the philosophy of Sufism does not make one a Sufi!

Repeating the ways of yesterday won’t take anyone further than yesterday.

Hadhrat Ali, the pinnacle of Wilayah, says: “Raise your children for tomorrow, not for today!”

The Divine Book sustains its newness and originality until Doomsday, yet appropriately addresses the people of the past according to their time. Shame on us if we still understand and interpret the Quran in respect to the past!

I write these because… I have come to be 60 years of age… I have two years left to the age at which Rasulullah (saw) left this world… I do not know how long I will live with a healthy brain and intellect… I am not a sheikh or a murshid… I do not claim to be a guru or a master of any kind… I do not have labels… I have no rank or position and do not expect anybody’s recognition… The reason I wrote these things was to help you understand that without engaging in any spiritual practice one cannot achieve significant insight… I am an ordinary thinker who shares his thoughts only with those who are interested… Those who benefit from my views will continue to read my work, and those who find my views contradictory to their existing database can go ahead and live their life as they wish…

I believe I was facilitated by Allah to acquire new insight involving certain new practices (in relation to the three names I mentioned above). And because of this, I say… Every new formation is founded on a new approach. This applies to today and to tomorrow! Even if one has the skill and capacity, with a traditional approach one cannot generate anything but a traditional result.

Religion is the name of Allah’s system. In order to thoroughly discover and evaluate this system, together with all its sublimity and mysteries, one must employ new means in a systematic way!

One cannot dig a well by grubbing the garden a little here and a little there! The fickle one who claims: “there is no water in this garden” after such a whimsical approach will only cause damage to themself.

I have no interest in the gossip of other people. The smart one will not waste their time with my gossip, but make the best of their life by engaging in useful practices.

When my time comes, He is going to take me away from my village and enable me to commence a new life, in another dimension…

“We depart from this place, and say ‘salaam’ to those who stay” as Yunus would say…

I have shared with your servants, without any material gain, the knowledge you have disclosed to me; as much as you have allowed me to… They are your servants! The judgment is yours alone, O Rabb of the worlds!