Religion is not for attaining worldly sovereignty. In Jesus’ words, it is to attain “the kingdom of heaven.” And this is only possible by reaching the essential reality of one’s self.

How can one attain knowledge of the self?

Via the brain, of course!

Our success will be determined by the extent to which we use our brain’s capacity. The wider the scope of our reflective capacity, the more objectively we can view things and the stronger our spirits will get, allowing us to know the reality of Allah. 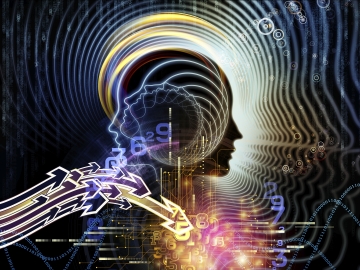 But how will such progress take place in the brain?

As I have thoroughly explained in my book The Power Prayer , through the practice known as dhikr!

Indeed, dhikr is the key to all of the above.

Primarily, dhikr is known to be a repetition of certain prayers and names of Allah. Its second meaning entails remembrance and to reflect on. Furthermore, it means to elaborate and dwell on a meaning such that it yields deep, comprehensive contemplation.

Here are some verses from the Quran in regards to the importance of dhikr:

“O believers! Let not your worldly goods or your children make you oblivious of the remembrance of Allah (the remembrance of your essential self, and the necessary practices that accompany this). And whoever does this – it is they who are the losers!” (Quran 63:9)

“They (the objects/idols of their worship) will say, ‘Subhan[1] you are! It is not possible for us to take besides You any allies. But when You provided comforts for them and their fathers, they forgot the knowledge of reality and indulged in bodily pleasures eventually leading to their ruin.’” (Quran 25:18)

“And whoever is blinded (with external things) from remembering that his essential composition is composed of the names of Allah, and thus from living the requirements of this, (Rahman) We appoint for him a devil (a delusion; the idea that he is only the physical body and that life should be lived in pursuit of bodily pleasures) and this (belief) will become his (new) identity! And indeed, these will avert them from the way [of guidance; the path to reality] while they think that they are [rightly] guided!” (Quran 43:36-37)

“Satan (corporeality; the idea of being just the physical body) has overcome them and made them forget the remembrance of Allah (their own reality of which they have been reminded, and that they will abandon their bodies and live for eternity as ‘consciousness’ comprised of Allah’s names!) Those are the acquaintances of Satan (the advocates of corporeality, those who only think of themselves as the physical body). Beware, for most assuredly, the party of Satan will be the very losers!” (Quran 58:19) 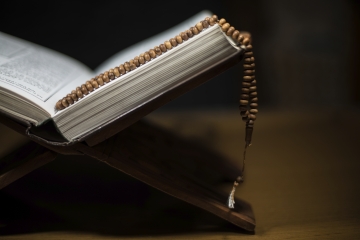 The absence of remembrance in the form of dhikr is probably the biggest lack in our lives. Those whose brains are deprived of the power of dhikr are easily susceptible to the manipulations of the jinni.

Being under the influence of Satan denotes a much bigger reality than one may assume. The Quran clearly states that the majority of the human race is under the direct manipulation of the jinni:

“The day when Allah resurrects them all, He will say to them: ‘O community of jinn, you have truly possessed (misled from reality) most of mankind.’” (Quran 6:128)

The only and most powerful weapon man has against the jinni, who appear most often in the guise of aliens or extraterrestrial beings,is dhikr.

The most observable feature of those who are under the influence of the jinni is the absurdity of their speech, which lacks logical uniformity and is contradictory.

The Quran advises reciting the following verses as a dhikr or as prayer to be protected from them:

“He called to his Rabb (the reality of the Names comprising his essence), ‘Indeed, Satan (the feeling of being this body) has given me hardship and torment.’”

“We protected the nearest heaven (earth’s atmosphere) from every rebellious satan.”

Cigarettes are the most prominent source of smoke nutrition for the jinni. Due to this they never leave the presence of smokers. Again, dhikr and prayer is the only way one can protect the self from their influences.

Prayer and dhikr enable the brain to produce a protective energy, which can shield the brain from the impulses sent by the jinni, either by weakening these incoming impulses or by preventing them altogether.

In fact, the protective energy omitted by the brain during dhikr forms a field of protection around the person.

Indeed, our preeminent purpose in life should be to develop and enhance our brain via dhikr and thereby to know our selves and our environment. For our brain possesses potential that is beyond our imagination. If only we could harness its power!

Only then may we gain insight into the reality of man, his make-up, his mechanism, his inherent qualities and how to optimize them through dhikr and prayer.

[1] The One who creates a new manifestation every instance and is absolutely free from becoming confined or limited by them.