What is the crux of understanding the Universal System described as the ‘Religion of Islam’ and the answers to the questions “who and what am I?”

Why are these topics prone to so much misunderstanding?

Why do we get stuck on a frame or two, and fail to see the picture as a whole?

Why can’t we deservedly evaluate the Quran and observe it with all its lucidity?

These are the questions that emanate from thinking brains! Imitators, who follow blindly and unmindfully, have no such concerns!

To rightfully understand and evaluate the teachings of Muhammad (saw) and the Quran we must be fully cognizant of the following two realities: 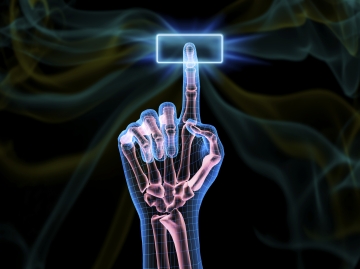 The Sufi practices, which entail the deep contemplation, experience and application of these realities, talks of two types of observation:

The first of these observations is the realization of the Universal System and Order, created in the knowledge of the One whose name is Allah. The second one is the affiliation of the individual with the reality of their self (nafs).

The Quran attenuates the realities that must be recognized both in respect of the sayr-i afaqi and the sayr-i anfusi throughout many of its verses. If we take into account only one of these observations, we will be deprived of the other aspect of the matter, and become intellectually deviated.

Because as a result of a single misunderstanding, the Quran has been reduced from being the explication of the universal system (sunnatullah) and its creator, to a book of commands of a heavenly God! Whereas, the intimates of the reality of the past and present have strived to explain the contrary.

I have shared my understanding of the One whose name is Allah, in Muhammad’s Allah, in a way that has never been approached before. If one can properly understand and evaluate Muhammad’s Allah they will be able to realize the ways through which the existence of Allah becomes manifest through man, in respect of the holographic reality.

Other than that there is no god or godhood, the reality what Muhammad (saw) tried to communicate to us was who and what the One whose name ‘Allah’ is! This is what the Quran elucidates! This is why, despite all the criticism I receive by those who are inadequate at READing, I say “the One whose name is Allah” to draw the attention to the fact that ‘Allah’ is only a name! Hence, we should stop postulating ideas based on a name and contemplate on what the name actually references! 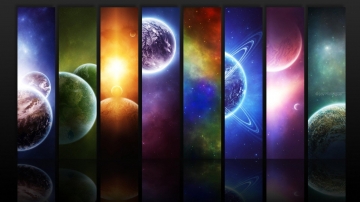 But the universe isn’t God!

But man is not God!

The universe has come into existence with the structural qualities denoted by the names and attributes of Allah, and this will always be so!

Man has come into existence with the structural qualities denoted by the names and attributes of Allah, and this will always be so!

The universe is Hayy because Allah is Hayy[1]!

Man is Hayy because Allah is Hayy!

The universe is conscious, because Allah is al-Aleem[2]!

Man is conscious because Allah is al-Aleem!

Consciousness is the manifestation of the attribute of knowledge!

Beneath the ‘universe’ name and picture is the Rabb of the worlds (the source of the infinite meanings of the Names) who brings into existence whatever He desires, and who, as the requisite of His Uluhiyyah manifests Himself with His Wahidiyyah (Oneness) and maintains new creation and formation at every instance with His Rahmaniyyah (infinite quantum potential)!

Beneath the ‘man’ name and picture is the Rabb of the worlds (the source of the infinite meanings of the Names) who brings into existence whatever He desires, and who, as the requisite of His Uluhiyyah manifests Himself with His Wahidiyyah (Oneness) and maintains new creation and formation at every instance with His Rahmaniyyah (infinite quantum potential)!

Thus, every state of manifestation in the universe is present at a micro level within man. Man will know the universe to the degree he knows himself…

When the reality of Uluhiyyah created the essence (dhat) of man, He created man as a mirror. He made man Wahid with His Wahidiyyah, and continually created through him with His Rahmaniyyah, and became the Haliq (creator) of all his actions with His Rububiyyah!

The Arsh, Kursi and the seven heavens and earth are within the universe!

The Arsh, Kursi and the seven heavens and earth are within man!

The universe exists with all the angels!

Man exists with all the angels!

Those who have been granted ‘Marifatullah’, the fourth state after ‘Haqiqah’ (Reality), will READ and discern well what these metaphors represent within the system. They will know what the Arsh and Qursi means, and which forces within the system the angels denote!

Hence the saying goes: “Whatever you seek, seek within yourself”.

For, if you know yourself as the micro world, you will know the universe as the macro world. Thereby, you will know who and what the ‘Rabb of the worlds’ is! 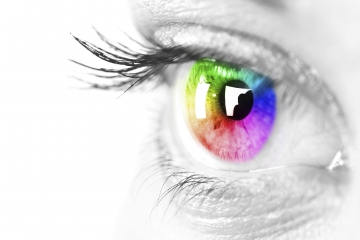 The sayr-i anfusi (the path of the inward journey) is the process of knowing the self.

The travelers of this path will unavoidably pass through and stop over at the station of ‘knowing the self as the Reality.’ This will lead them to the pit: “I am the Reality (Haqq) I will do as I please, all is legitimate for me.” This state is referred to as the nafs-i mulhima (the inspired self) for the self, in this state, begins to receive inspiration as to its own reality. If one cannot surpass this station and reach the ‘content consciousness’ state, then the inciting self (nafs-i ammarah) will begin to weigh heavier. With the knowledge of the inspired self, the self will begin to develop a pharaoh-like identity and begin perceiving itself as perfect and everybody else as flawed, and in this state it will leave this world!

“So many heads were lost on this path, about which nobody inquired” was said in reference to these losses!

Indeed, man’s essence may be comprised of the Reality, but this does not exonerate man from being responsible for his deeds! At every moment, man will inevitable live the consequence of his previous actions! He will compulsorily live the outcome of whatever thought or action he yields!

In other words, today is the result of yesterday.

Now, let us come to the crux of the matter…

Everything the Quran expounds in regards to the One whose name is Allah should be evaluated in respect of both the universal aspect (i.e. in terms of the essence and consciousness of the universe) and the aspect pertaining to the existence denoted by the word ‘man’ and his reality!

As I mentioned above, all of the definitions delineated in the Ayat al-Qursi (Quran 2:255), in the verses beginning with “Kul audhu” and “Kul HuAllahulleziy” reveal the various qualities of manifestation, both universally and through man.

So what and where is the Rabb and the Malik in whom we seek refuge then? Where is “ilahin nas” to whom we resort?

Hence, when we read the Quran, we must be cognizant of the fact that everything said in regards to Allah denotes the structural compositions, or the qualities, that comprise us. And everything we are to encounter in the future will be in the scope of these qualities!

To sum it up: If we want to understand the Quran, first we must keep in mind that the Quran is not a book of commands sent by a God beyond. Then, with the conception that it is the book of the System of Allah, of ‘sunnatullah’ and the disclosure of the intrinsic qualities pertaining to the essence of man and the universe denoted by the name ‘Allah’, we may begin to walk on the path to maturity…

The ultimate and undeniable reality is that the One whose name is ‘Allah’, is the creator of man and the multiple universes with the compositional qualities denoted by His names, within His knowledge!

But, neither man nor the universe can be deified!

To this day, no truly enlightened conscious being has declared to be ‘Allah’!

[1] The source of names! The One who gives life to the Names and manifests them. The source of universal energy, the essence of energy!

[2] The One who, with the quality of His knowledge, infinitely knows everything in every dimension with all its facets.