Our motions during prayer are actually quite important…

When one is praying, the arms should be raised on both sides, high enough for the armpits to be visible, and the hands should be extended out, level with the face. It helps to direct the rays coming out of the fingertips, which should be approximately thirty centimeters away from the face, so they join with the rays that are emitted from the forehead. The Rasul of Allah (saw) says: “If one lifts his hands high enough for his armpits to be visible and prays, without rushing, his prayer will definitely be accepted…” Upon which he was asked, “How can one be in a rush, O Rasulullah?” And he answered, “By saying, ‘I made a prayer, but my prayer was not accepted (and thus giving up).’ This is incorrect; one should persist until it is accepted.”[1]

The joining of the waves from the fingertips with the directed[2] waves that are emitted from the brain has a laser-like effect and plays a very important role in the actualization of prayer.

As can be seen, the primary force that enables the acceptance of prayer is not one that is external, but is activated completely from the Names of Allah present within the person. In short, prayer is the act of actualizing one’s wants through the divine powers present within. There is, of course, a scientific explanation to this act. Essentially, prayer is ‘guided brain waves.’ Just as the dimension of knowledge transforms into energy and the quantum field to form the universe, the wants and desires of consciousness emanate from the dimension of knowledge to reveal themselves as the wants and desires of man and become actualized through the densification of guided brain waves. Due to this, the stronger the concentration level, the faster the response will be to the prayer. This is why there is a saying, “The prayer of the oppressed will not be left unheard; never will the accursed attain true success!” For a curse is made with such intense concentration that the negative brain waves that are guided directly to that person are literally inescapable. They say, “If the curse doesn’t affect the grandfather, it will eventually affect the grandson.” This is because the curse the grandparent receives modifies his genetic code such that, even if its effect doesn’t reveal itself on him, eventually it is passed onto his children and grandchildren; hence, another proverb, “The fathers eat the sour grapes, but the children’s teeth are set on edge.”

Back to the motions of prayer… As I said previously, the arms have to be raised and open, and the hands in front. This is how the Rasul of Allah (saw) prayed. When a group of bandits in the desert fled after killing a group of people who attended to their needs and healed their wounds, the Rasul of Allah (saw) stood in prayer with his apostles and prayed in this exact manner, shortly after which the bandits were captured.

Praying as such; in a standing position with your arms raised high and your hands open with the palms facing your face so the rays can be freely emitted from your fingertips, is highly effective, as is praying while in a position of prostration. In particular, prayers that are made in prostration after midnight, when the sun is completely behind you and its radiation effect is minimal, are immensely effective. If you pray during the final prostration of the Prayer of Need (hajat) or any other salat, its effectiveness will be even more powerful.

If you perform salat during the night and in the final prostration make a prayer by first confessing and admitting your mistakes and asking for forgiveness, and repeat this for a few days, depending on what is requested and divine will, there will definitely be a response effecting the realization of the prayer. The fact the same prayer is allowed to be made persistently is in itself a sign that it will be responded to, for Allah would not allow a prayer to made persistently if it is not to be accepted. So, in other words, if you are not persistent in your prayer, its chance of being accepted and actualized is low.

But, why is a prayer made during prostration, especially after confessing your mistakes, so powerful?

When you prostrate, there is a strong flow of blood to the brain and hence the brain is abundantly nourished with oxygen and other sources of energy. This allows the brain to emit powerful waves. When you confess and admit your mistakes, an intense concentration and focus takes place, which strengthens the waves of the thing that is prayed for even more.

Another important factor, which strengthens and enables the actualization of the prayer, is that the person should be completely free of suspicion and groundless fear. Prostration is a state in which the illusory self, the ego, is completely lifted. Thus, the Rasul of Allah (saw) advises us to “pray with the certainty that your prayer will most definitely be accepted, without doubt or suspicion.” 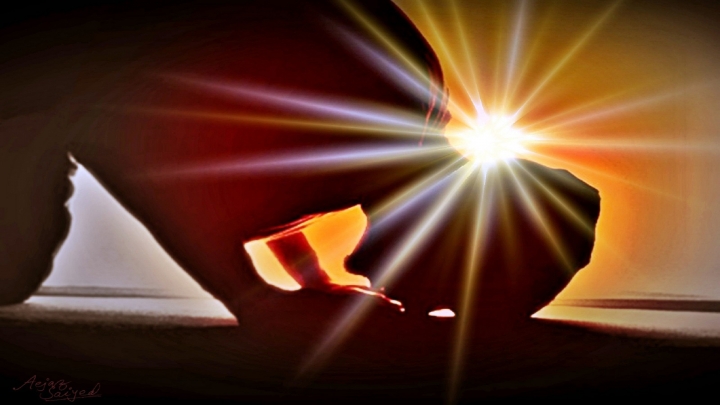 The biggest obstruction to the realization of prayer is doubt and suspicion. The extent to which this is minimized in a person determines the speed and the certainty of the prayer’s fulfillment.

The reason why the prayers of those who have attained certainty (yakeen) of Allah are immediately accepted is due to their minimized suspicion. Additionally, the enlightened engage heavily in spiritual practices, which activate certain divine forces within them, also contributing to the effectiveness of their prayers.

One other important point to consider is that the jinn, who are known by satanic attributes, infuse misleading suggestions in regards to prayer in man, preventing him from using this most powerful weapon. Just as you feel an urge to pray, the jinn who are called devils due to their satanic behavior, whisper something along the line of, “What’s the point of praying, I’ll live whatever I’m destined to live anyway” or “Whether I pray or not, what will be will be, so why should I pray?”. Hence, you stop praying and become deprived of this most powerful weapon. The implications of this deprivation, you cannot fathom. This is why the Rasul of Allah (saw) advises:

“Ask everything from Allah, from the strap of your horse to the grass of your sheep.”[3]

“Ask from the bounty and generosity of Allah, for Allah likes to be asked of.”[4]

“Indeed, Allah loves His servants who pray with persistence.”[5]

“Consider it a prize to pray in the hours in which you feel sensitive, for this is the state of the hour of grace.”

The word sensitive in this last hadith means a state of emotional sensitivity due to being completely consumed by a particular topic. Turning to Allah in such a state means the brain is focused entirely on one specific purpose, and the divine qualities inherent within the brain become activated to manifest this purpose.

The most important factor in the actualization of a prayer is for the person to nullify himself (the ego-based identity) such that the one uttering the prayer is the one stimulating the want in the brain; Allah, the Truth itself…

The other crucial element, as I already mentioned above, is persistence… To pray for something a few of times and then abandon the prayer is a grave mistake. Persistence in prayer, and praying for things that will serve us in our life after death, is very important. For, if we pray for the wrong thing, we may be inadvertently causing harm to ourselves. Just as electricity is infinitely beneficial, it may well be used to cause harm or even to kill.

In 1984, I had written in the Mystery of Man that prayer works with brainpower, that the brain has been equipped with divine power, and that using brain waves even weapons can be rendered ineffective.

Let us have a look at how the Russian scientist proffesor Dr Kaznatcheev evaluates the brain in his article published in the Sabah newspaper on 11 June 1991.

FUTURE WARS WILL BE TELEPATHIC

The renowned Soviet Union scientist Vlail Kaznatcheev remarked that human brains could affect wars telepathically. Prof. Kaznatcheev is continuing his research at an exclusive research facility founded in the body of Novosibirsk Academy where geniuses work.

MOSCOW – Prof. Vlail Kaznatcheev, who is one of the most respected members of the Soviet Science Academy, pointed out that the human brain could have an effect on people, thoughts and electronic equipment that are physically far away from it.

Kaznatcheev is intensely researching to prove his claim. Even though most people think his claims are nonsense, he is receiving great interest in his own country, the USSR. The government, which provided Kaznatcheev with a fully equipped laboratory and assistants for help with his research in the body of Novosibirsk Academy where geniuses are educated, expects a lot from his research.

The most important aspect of Kaznatcheev’s research is that he is trying to use the telepathic powers of the human brain as a weapon. According to him, using only the power of thoughts, it is possible to disable computer systems, radars at the airports, and every kind of weaponry that can be developed using modern technology.

The government, who is watching this research very closely, mobilized the most talented KGB agents to protect Kaznatcheev to prevent the CIA from kidnapping him. The famous scientist explains his views with very simple examples:

“If the computer you are using suddenly stops working, do not blame the manufacturer. If you are under stress or if you are angry, you could affect the equipment you are using because an ordinary human brain is more powerful than the most powerful computer and sometimes a person may use the powers that nature gave him without realizing it.”

According to Kaznatcheev, if a person intensely thinks about someone whom he hasn’t seen for a long time, and unexpectedly receives a phone call or a letter from that person, he should not consider this as chance. This act is the person directly affecting the person he is thinking about with his thoughts.

Lastly, at a Soviet television program in which Kaznatcheev participated, he displayed a plant in his laboratory for a long time and asked the audience to think for an hour only about the plant growing. The result was truly astonishing. The plant showed inexplicable growth in a very short amount of time.

The basis of Kaznatcheev’s research is to capture the infinity of the power of thought.

Continuing his research by merging science and parapsychology, in which he tries to reach the human subconscious, Kaznatcheev states his findings will some day produce very important results in crippling enemy equipment. However, he would like this technology not to be used as a weapon, but to prevent wars.”

For all these reasons, PRAYER is the most excellent power given to a human being.

[2] More information on guided brain waves can be found in the Mystery of Man.