We live in this world in a system designed and programmed by Allah, completely confined within the limits of our perception capacity, or ‘cocoon’, yet behave as though we are the sovereigns of the universe! Be that as it may, we are not even aware of the actual dimensions of the universe about which Muhammad (saw) once said “of the seven heavens, each one within the other is like a ring in the desert!”

Furthermore, we are unaware of the true nature of the religion disclosed by Allah’s Rasul, the manifestation of the Knowledge of Allah. Ineffectively, we are trying to apply the limited Bedouin understanding from some 1,400 years ago, amalgamated with all the nonsense interpretations throughout time, as ‘Muslimism’, in the 2000s!

A mentality that sees ascension as travelling to space on a horse or a rocket to meet a heavenly God and receive commandments from Him, in fact even negotiate with Him, is the mentality with which Allah’s religion is being preached and presented to us today, and we are benignly accepting all this as miraculous knowledge! When are we going to forego this primitive tribal understanding disguised as ‘Muslimism’ and elevate ourselves to the timeless universal truths embodied as the religion of Islam?

Who is going to say ‘stop’ to this nonsense?

Is it not time for an ‘illuminator’ to come and enlighten us to the reality of Islam and save us from this illogical, unintelligent, nonsense understanding of ‘Muslimism’? 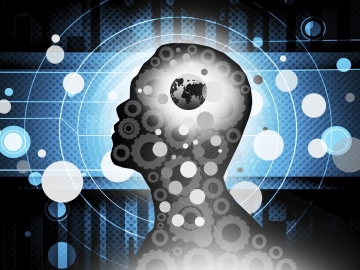 Those who ‘think’ have many questions… But there is none to expound the truth of the system with logical coherency, purified from all the nonsense of the past!

The ignorant one is he who knows not that he knows not! It is he who is not aware of his own ignorance and inability to comprehend the truth with an integrated rational reasoning.

‘Knowledge’ has become like a doormat delivered by the ‘imitators’, reduced beneath people’s feet!

Help us, O Rabb of the worlds!

Allah’s Rasul Muhammad (saw) was a ‘hanif’; he did not worship any idol or deity. He observed through revelation the ‘Origin’; the reality and essence (yet beyond even these concepts) of all, and tried to purify the people from idolatry, over 1,400 years ago… He tried to explain to the people that ‘there is no God out there’ in need of worship! That every individual has the opportunity to reach (not through form and space!) their own essence and reality, denoted by the name Allah!

The path to ‘ascension’ is open to every individual, through the practice of ‘salat’; an inward turn to one’s essence.

There is no God or destination that needs to be reached up in the heavens and hence no prayer or worship should be directed out there!

Everything referred to as ‘prayer’ is for the individual to actualize their own essential reality, through the path designated and eased by ‘al-Fatir’.

The Sufi saints describe the journey of the mystic as “the completion of the circular path returning to the point at which one begins.”

Those who travel the path of contemplation begin their journey at the point of individuality, and advance level by level towards the reality of things (ashya) observing the Oneness from which everything derives its existence. At this level, they are able to identify with insight, that in respect of their reality, the seeming multiplicity is illusory; existence is ONE. Neither their own selves, nor the various dimensions and universes have ever come into existence! This realization marks the semi-circle, it is the state known as ‘fanafillah’. There is more to this, but it need not be shared here.

Those who have completed the second half of the circle do not stay here, as required by their nature, they continue ‘observing’.

They observe the Knowledge attribute of the One, manifest as Power (Qudrah) via the attribute of will denoted by the name Murid, in order to create the forms of knowledge pertaining to multiplicity. They observe the transformation of abstract angelic forces (Bearers of the Throne) embodying these forms, into the apparent angelic force named ‘Spirit’, and all the other angelic forces that are generated by them, and the stage-by-stage formation of the universes and everything within the corporeal worlds. They see the depiction of forms of existence through the manifestation of these angelic forces. They observe all of this with the consciousness of who the actual observer is, that is, without their ‘selves!’

These intimates of reality (those who have attained the essential truth of things rather than imitating others) acquire ‘certainity’ (yakeen) to their Rabb and see with absolute clarity that everything Allah’s Rasul disclosed 1,400 years ago was and is the result of Allah’s system, sunnatullah! 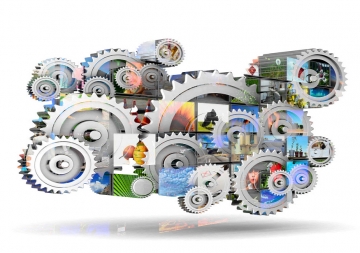 Whoever fails to recognize this yet applies it through imitation will still yield some benefit, despite their loss for failing to recognize the truth will be greater than their gain! Whoever refuses to comply with this system will have punished their own self by falling short of the practices known as prayer.

Every dimension of existence has its own set of laws, and these laws are applicable in that dimension no matter what its reality may be!

The fact that the individual’s essence derives from the One, does not make those laws any less applicable to him! The wood comprised of atoms will burn, but the atoms themselves will not! Only those of equal ignorance will take the statement “my essence is Reality, and the Reality cannot burn in hellfire” of the ignorant imitators serious enough to believe. He who burns today will burn tomorrow! He who experiences suffering today will experience suffering tomorrow! Whoever you are today is who you will be tomorrow! These are crucial truths!

Those who try to stray you from the path advised by Muhammad (saw), whatever their reasoning may be, are only attracting you with illusion to their world of apprehension and deception, and its unfavorable consequences!

One can’t receive the nutrients of honey by licking its jar! You can own a whole pharmacy, but if don’t use medication, you cannot heal your ills!

Power prevails in life! Allah has the attribute of Power, not impotence! At any given instance, either knowledge-based or action-based power prevails against and demolishes impotence!

Allah has created man as the vicegerent of earth and has adorned him with His own names and attributes!

By applying the practices of prayer, you are not ingratiating yourself with some heavenly God, but tapping into your own potential to manifest it! As such, you will be acquiring new potential with which you can move on to new dimensions and acquaint yourself with the beings there. If you move on to the next dimension without having acquired these qualities through prayer and meditative exercises, you will be like an item of entertainment for the beings there and will have to suffer the consequences. This is the purpose of prayer!

Allah, the creator of infinite dimensions in universes within universes, does not need your prayers. Know that, whatever you do, is to help you know your origin and essence so you may manifest the potentials with which you have been adorned!

Do not waste your time waiting around for the savior (mahdi) my friend! The reality of the savior is present within your own essence! Allah who inspires the bee[1] also inspires you, by revealing your reality to you through your very essence. It is the inadequacy of your database that prevents you from recognizing this!

Do not let those who have become complacent and stuck in the ways of the past stop you from practicing the teachings of Allah’s Rasul Muhamad (saw).

Allah’s Rasul, Muhammad Mustapha (saw) is the only and perfect example in understanding and applying the religion of Islam duly and truthfully.

Blessed are those who understand and comprehend his teachings, and who live their lives in accordance with his practices of the universal system, and who thereby, attain eternal bliss…